2015 Magnum of Rosé (early birthday gift from Michael- it was their very last bottle!)

*UPDATE: The flight names have since been changed to Sunset Flight and Sunrise Flight, respectively. They also offer an all white flight, which is called the Sunlight Flight.

They also have both indoor and outdoor private areas, specifically for their wine club members. 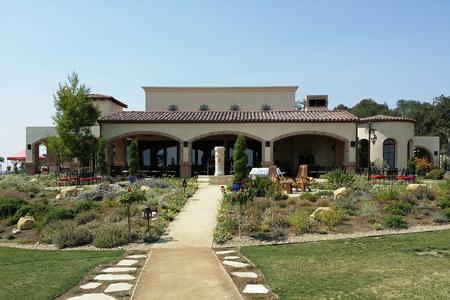 and a private tasting room (above), where they do cheese and charcuterie pairings. 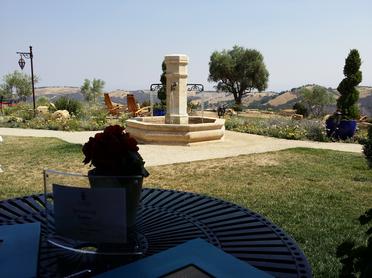 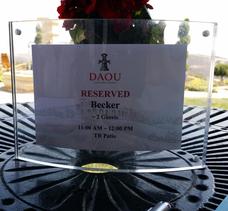 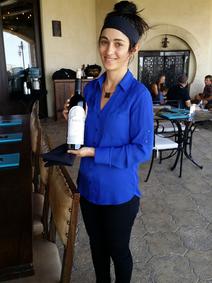 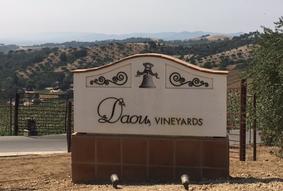 We had opted for the private tasting which took place on the terrace, and require a reservation. They had a really nice table set up for us (it even had our name on it!) and Sarah was our wine host. She started us off with their white blend, Chemin De Fleurs, which was fantastic! Then, we were offered two different flights: an estate flight* and a reserve flight*.  In total, there were nine wines, so we decided on one flight of each and to share. They also had food pairings for the wine, which looked and smelled amazing! (reservations are required on weekends) We wish we would have known, otherwise we would have passed on our breakfast sandwiches from Subway.

Our first stop on this trip was Daou Vineyards. There’s a list of the "Top Fifteen Wineries of Paso Robles," that I found on Twitter a while back, and so far, including this trip, we’ve now hit nine!   Of course we have a few favorites of our own, but this list hasn’t steered us wrong yet, and Daou was no exception. 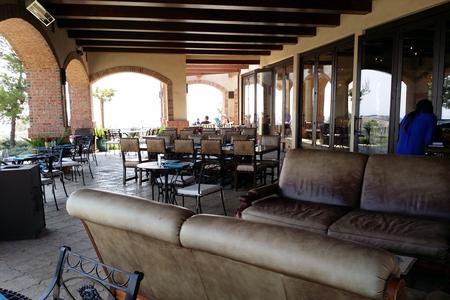 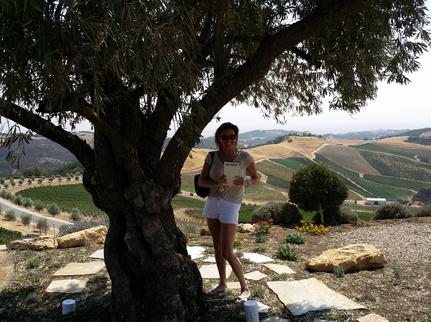 They have an indoor, standing tasting bar/room; a huge outdoor terrace;

Daou is a very large property, with many seating areas and rooms to enjoy your wine; 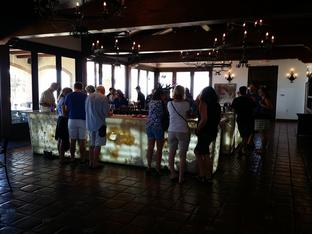 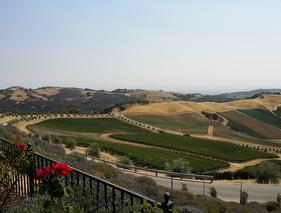 The winery is on top of a high hill, and is one Paso Robles' highest elevation vineyards, so needless to say it has the most gorgeous views. We got there a few minutes early, so we took the opportunity to walk around and take some pictures. The skies weren’t quite as blue as normal, due to a fire that was happening up the coast near Big Sur, but it was still breathtaking.

Sarah was recently new to Daou, but had quite a background in wine. She was knowledgeable and attentive, even though we weren’t her only customers. It was a nice, slow paced tasting. We never felt rushed and we never went very long without wine in our glasses. I was saddened to find out that they were sold out of their Rosé (which ended up being the case at just about every winery that we went to); never wait until the end of July to buy Rosés!  #lessonlearned

It was a very professional set-up from beginning to end, and we thoroughly enjoyed the experience, the views, and the WINE!!

Nicole getting ready for the tasting.