After that, we went back into the tasting room and moseyed up to the bar. The tasting room is rather large with two separate bars. We went to the larger bar, where there was an open space. Tamara was our wine host and she was very nice and knowledgeable. She informed us that she was somewhat new to Foxen, but one would never know it. There were two flights; one consisted of the Rose, two Chardonnays,

a Cuvee, and a Syrah, and the second was all Pinots, and there were quite a lot of Pinots!

Two of them (Block 8 and Block 43) even scored 95 pts from Robert Parker's Wine Advocate, which is very impressive. We really enjoyed the wines, and when we were done, we chit-chatted for a bit with Tamara and Natalie (another wine host). Then we made our purchases and off we 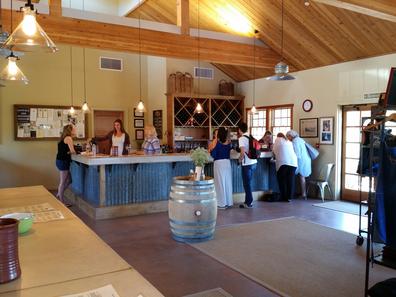 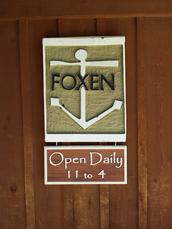 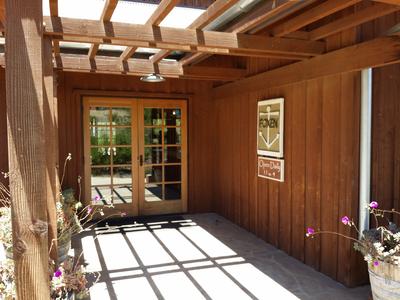 Literally a few minutes later, we were at the other tasting room; it's actually just down the road, and you might have seen it in the movie, "Sideways". This is the one I had been to years ago, and it hasn't changed much. It’s basically a large shack (in fact "The Shack" is the nickname of the place) with a very big outdoor patio. This structure was actually built as a blacksmith's shop in the 1860's, and 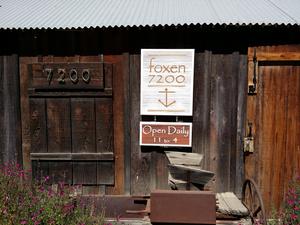 went to their other tasting room.

Admittedly, it has been many years since I’ve been to Foxen. It’s very easy to go to the same wineries that you love over and over; we struggle with that on a regular basis, but there is much to be said about branching out. Foxen is more in the rural area of Santa Maria, so it was a bit of a drive (about 35 minutes) to get there coming from the "Melville area" of Lompoc , but only about 15 minutes if you are coming from the Los Olivos area. They have two different tasting rooms, each about five minutes apart from each other. We started at the newer one, which I had never been to before. We were starving, so we were pleasantly surprised that there was a hot sandwich truck out back, behind the tasting room of the winery. We placed our order (both got grilled turkey and cheddar, yum) and grabbed our first tasting, which was a Rosé (perfect!).

They have a nice outdoor patio with tables and chairs, so there we sat. It was such a pretty day, but WINDY! Anyhoo, we ate our lunch and sipped our wine; it was lovely. 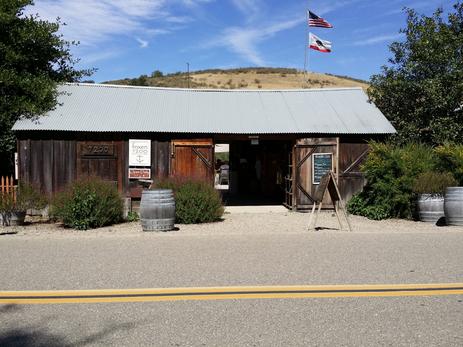 became FOXEN's original tasting room almost 30 years ago! When their newer tasting room opened in 2009, they renamed this one to foxen 7200 (which is the address).  Mo was our wine host, who was also super friendly and knowledgeable. Here, they serve Bordeaux and "Cal-Ital" varietals, and blends. The flight consisted of many tastings, which are listed below. Knowing we were driving, we opted to share a taste, and even (sadly) poured a small amount of wine out (we don’t like to spit). It’s very important to know your limits and to be responsible when wine tasting!! Always a great option is to have a car service; there are so many now to choose from. 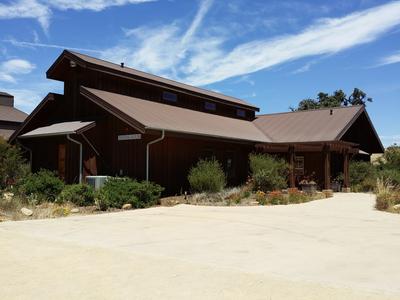