Enjoy the view and the wines! Cheers! #TrustUs

Our wine host was Taylor, who mind you just turned 21 in September, really knew her way around wine!!

I was very impressed with her knowledge and confidence in discussing the wines. It was actually a little intimidating in a way, knowing that my knowledge of wine at 21 was minimal-to-non-existent.  But hey, that’s one of the reasons why we started  Wine Problems to begin with. Not everyone has the luck of growing up in wine country and being so well educated at a young age, right? 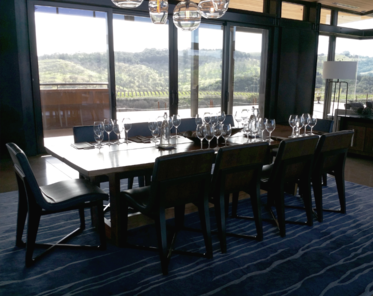 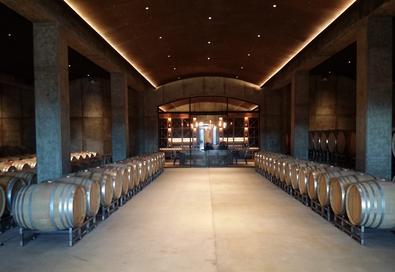 I was really looking forward to this tasting! We first received a recommendation for this winery from a wine host at Daou, Sarah, and ever since have been hearing about how wonderful this place was from the locals. When the locals are giving such high praise to a newbie winery, it’s something to take notice of. Needless to say, we were NOT disappointed. The winery is this amazing structure way up on the hill in West Paso. We stopped to take a few pictures, as it’s nearly impossible not to. We had been told that the winery was spectacular- very modern with lots floor-to-ceiling glass windows and doors, but wow! The architecture was truly incredible.

The tasting room is open seven days a week by appointment only. It does seem to be dog friendly with the outdoor seating, as there were a few on leashes, and the patio area is amazing.

Be sure to check out more pictures in our Paso Robles photo album.

In the beginning of the tasting, it started with just me and Michael at the formal table. Later on, another very fun couple

joined us (because yes, we are very fun- just ask us).

As we walked through the front door to find our tasting area, there seemed to be quite a few tasting rooms throughout the building. First we passed by a good sized barrel room, which had a 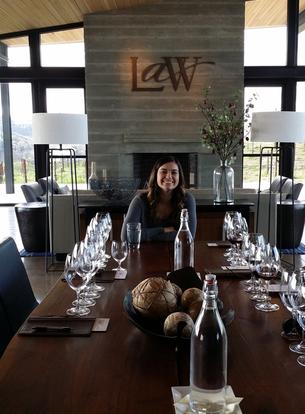 private tasting room at the extreme other end of it. Then we came to a rather steep and narrow stairwell, which led up to the main tasting room.

It was here that our tasting would take place, in this very large room equipped with an oversized fireplace and sofas, and a long formal dining table. The best part of the room was no doubt the views. Or wait, actually it was the wines…. but the breathtaking views were a close 2nd place!

We got the back history of Law, which ends up not being really long at all, comparatively speaking. Don and Susie Law lived in Denver where they had successful careers in geology, and wanted to take a stab at one of their passions- wine.

For two years they searched for the perfect vineyards to set up roots (pun intended) and happened upon the land in West Paso Robles, where their beautiful winery now sits atop of. The original plantings took place in 2008 supervised by well-respected Paso winemaker, Scott Hawley. Their first vintage was in 2010, we were tasting the 2013 and one 2012. For a winery so young, they really know how to do things right.