Melville’s winemaker, Chad Melville , walked us through each flight, providing lots of information about what the vineyard had experienced in each particular vintage. It was very educational and hightly interesting! The man is truly a wine grower.

After the tastings were done, they provided an Italian lunch on the side lawn overlooking the vineyard. The menu consisted of salad, chicken wrapped in proscuitto, and salmon raviolis. They offered all of their current releases to accompany our lunch, and I chose to pair my food with their Viognier; it went wonderfully. 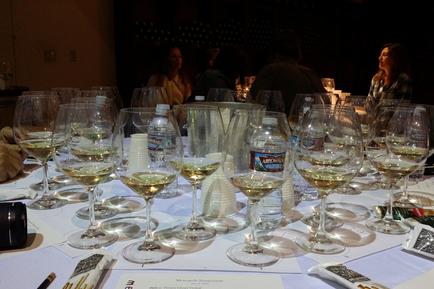 Melville recently had their annual party for their wine club's Monople Members. We had really been looking forward to it based on the email they sent out, and it did not disappoint! It took place at the winery and started off in the library/barrel room, where there were several round tables covered with white linens, and a bar that had a slew of ready-to-pour bottles lined up. In front of each chair were three empty glasses and a tasting "itinerary", which was appropriately labeled, "Monopole Symposium" at the top.  --->

Next, three 2015 barrel tastings of the same Estrella Clone (Syrah), with different percentages of stem inclusion- 0%, 33%, and 100%. Surprisingly to me, I liked the 33% the best, but the differences were pretty amazing, considering the depth of the wine.

Last, but definitely not least, was a "vintage comparison." We were served 2005, 2010, and 2015 of their Clone 76 Inox Chardonnay. I can’t say enough about the 2015 release – it’s unbelievable. Hands down, our favorite of the three vintages, and possibly our favorite Chardonnay from Melvile that we have ever had! 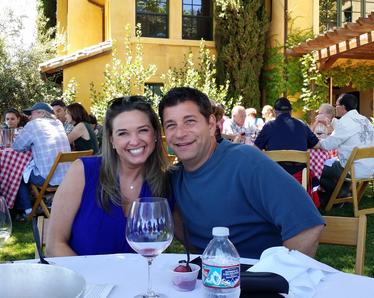 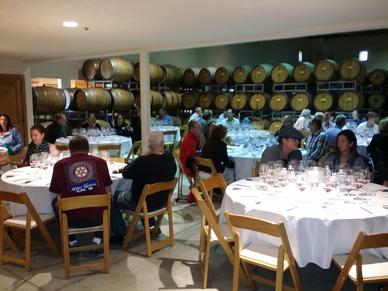 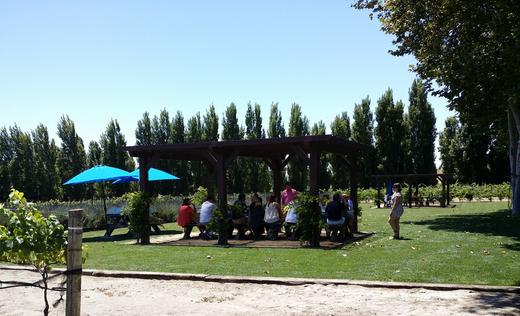 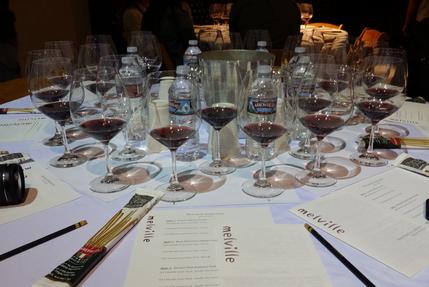 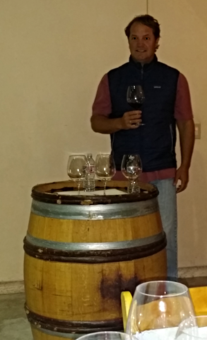 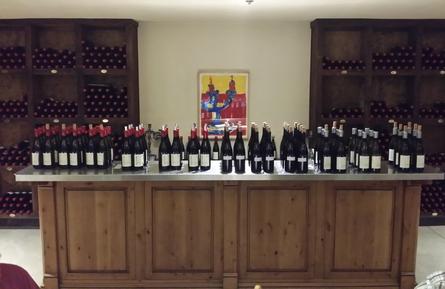 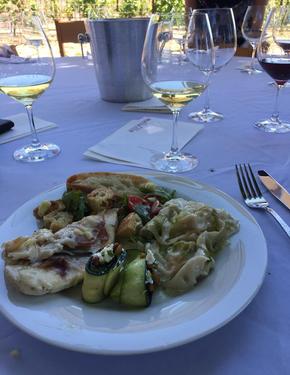 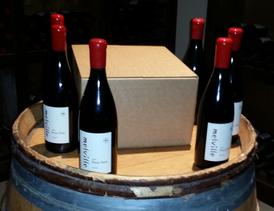 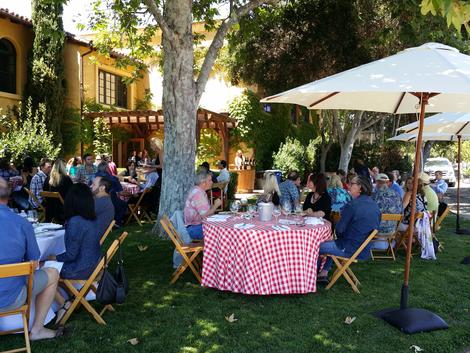 First, we were served a vertical flight of one of their higher end Pinot Noirs, Terraces. They poured 2009, 2010, and 2011. Following that, a second vertical flight was poured; this time it was another  of their high end pinots, Block M (aka Carrie's).  Again we were poured the 2009, 2010, and 2011 vintages. Incidentally, a bottle of each of these were put into a six-pack and made available for sale. We have loved both Block M and Terraces for quite some time, so purchasing this was a no-brainer for us!