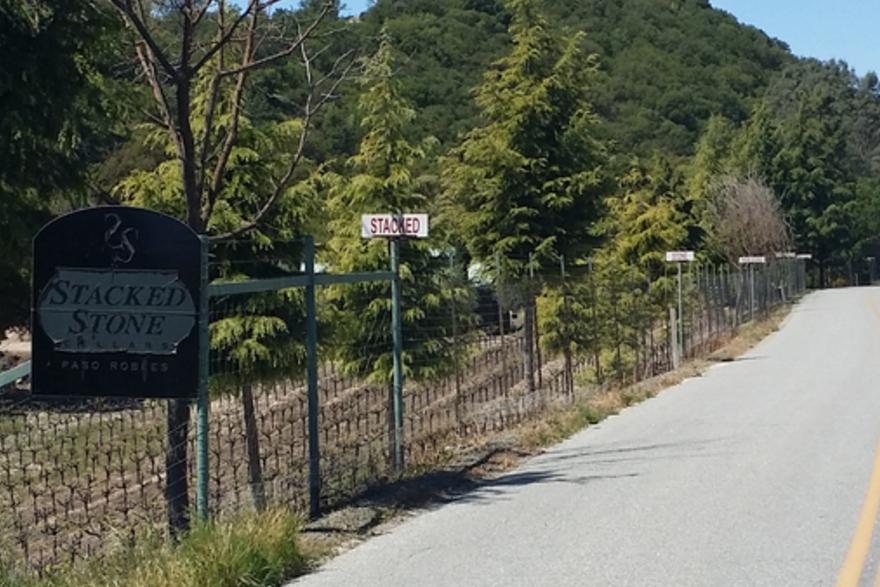 decided to trust the Yelpers and check it out.

When we pulled in to the property, it was hard not to notice the numerous chickens running around on the grounds. As we parked, we were greeted by a rather large barking dog, who ended up being a sweetheart.

We didn’t see anyone around and weren’t even sure where the tasting took place, but we started to walk 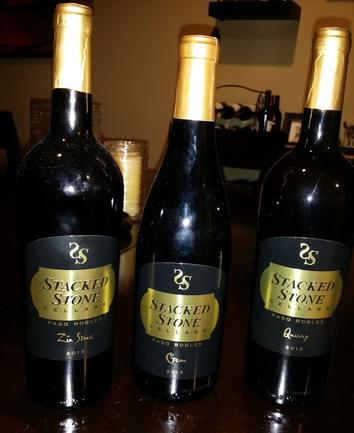 Donald’s stories. One of my favorites (and he had quite a few) was his “oh shit” wine… he meant to be making a GSM when he noticed the Zinfandel barrel was empty. Oh shit! A Zin blend it is!

Personally, I love the off beaten path wineries, the unexpected and raw, a winemaker and their wine, no frills no fuss… and that’s exactly what this was. And we left with some damn good wine! 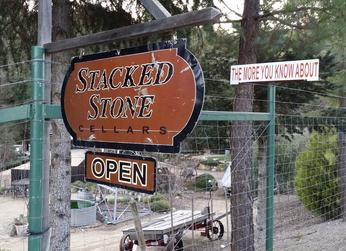 What a hidden gem and unusual experience with Walking Feather.

himself too seriously. Wine should be fun!

We tasted five wines, all while Michael was being groped by Donald’s cat, Posh. Posh took quite the liking to Michael!  I feel like there is a joke here, but I won’t be crude. The blends were great and smooth, and we really enjoyed the tasting and listening to

towards an open barn structure, and soon after, Donald, the owner and winemaker, was walking over to meet us. Quite the character, that Donald, and I mean that in the most positive and complimentary way possible. It was obvious he was passionate about his wines, but didn’t take

As we were driving towards Law Estate Wines for our 2:30 appointment, we noticed several “Vegas” style signs along the highway. For any of you who have ever driven to Vegas, you may know what I’m referring to. The “last chance” Mad Greek Café; the “last chance” Alien Jerky; “last chance” to gamble and get a $5 prime rib, signs all along the highway. These signs were similar in concept but were wine related and it easily caught our attention. And we're not the only ones apparently- ask a local if they heard of the place and they'll respond, "Is that the one with all the signs?!" There’s definitely something to be said about this style of marketing. #effective.

After finishing up at Law by 4, we decided to check out Yelp for recommendations for wineries nearby and low and behold, Stacked Stone with all of the “Vegas style” signs was a 5-star winery with 60 reviews! Yelp helped us out before when we discovered Jeremy Wines in Lodi, so we