So with that in mind, please eat something beforehand, take your time, and 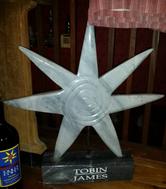 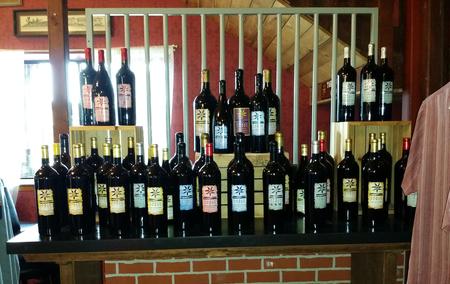 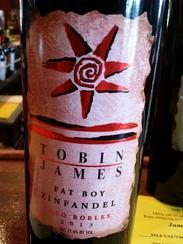 don’t feel bad about pouring or spitting. They have an extensive list, and the last thing you want to do is burn out your palate (or your tolerance) on one winery. I mean, c'mon, you’re in Paso!

It’s a staple of Paso Robles; the gateway to wine country if you are coming in from the east on the 46 Hwy…..some say a must stop, and I’m not one to argue. What you need to know before going to Tobin James is that it’s a complimentary tasting (rare, yes) and they have a lot of wine.  A lot of wine. Did we mention a lot

What we tasted (and there were still several wines that we didn't taste, if you can believe that?!):

Our guy was Gaetano, an ever so charming gentleman with a great accent! He’s a long-term transplant from Sicily, who’s been working in the tasting room for nine years. We tasted at the center bar, a large rectangle in the middle of the room surrounded by tons of wine swag! This was just one of three bars in this tasting room, all of which are a pretty good size! Gaetano walked us through the normal tasting list, where we tried a few things… and then he switched gears to the reserve list. This is where it got interesting, and we had some really good juice, my friends. We particularly liked the Silver Labels and the Reserves.

of wine? And when you see everything that we tasted, you'll understand our overemphasis!

It's one of the very few tastings ever, that we actually dumped some wine. Not because it was bad, but because there was just too much! Too much wine? Who are we?! Oh, that's right... 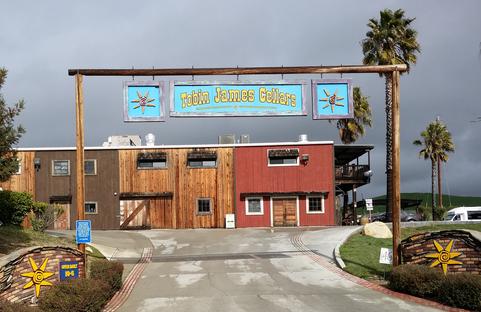 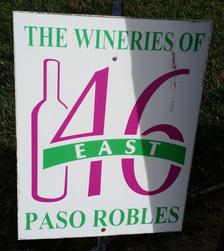 What I didn’t know was that Tobin was not only the owner, but also the winemaker! He started making his own wine in 1985 when an extra six tons of grapes fell in his lap (not literally of course) and his first Zin, Blue Moon, came to fruition. Eight years later, and many, many wine medals later, he built the winery that is now Tobin James. Not too shabby!

The only rule in their tasting room is--- have fun!!!... and we did! It was an enjoyable experience and we had a great time. As mentioned earlier, we did pour out a lot of the wine, even though we had eaten a good breakfast. It was, however, the first stop of the day and pacing yourselves is always the best option, IMO. #NoRookieMistakesHere

The winery is eight miles east of downtown Paso, and a bit away from a lot of the other wineries (although there are several in this area too), so plan accordingly. You may also want to spend a little bit of time in their swag areas, as they have a ton of stuff- wine isn't the only thing in 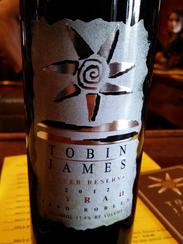 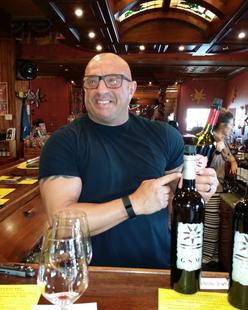