This pick up party did not have a theme, which was a little disappointing. However, the wine was probably the best it’s EVER been! There were barrel samples, magnum tastings, the elusive White Coat... and my personal new favorite, the 2014 Paso Zinfandel Amadeo's Vineyard. Yeah, we “revisited” this more than once! In fact, we may have revisited a few things more than once! OOPS!  LOL. They also had some olive oil for purchase that was made from Larry Turley’s olive trees! I had to grab a bottle, it’s so freaking cute! (see pic below) They had it out with some bread to sample, it’s very, very good. Speaking of Larry, both he and Christina Turley were there. Christina is the Director of Sales and Marketing, and we hadn’t met her before.

Food wise, we were sad that there wasn’t any pizza. They have this huge built-in stone pizza oven on the property, so we’ve grown accustom to having our pizza at their prior pick up parties; we missed it not being served! Instead they were making this interesting baked hummus. They did, however, have their famous gumbo, which is always great. There was also a steamed mussel and shrimp dish that was really good, and a bbq tri-tip sandwich (yum)! There was a band, which I always think live music is a nice touch.... not only that, but music + wine= people dancing + more

In addition to our allocation that we picked up, here are the additional items we bought:

All in all, I’d say it was another successful Turley party. #BringBackThePizza   #TheWineRocked 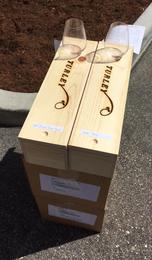 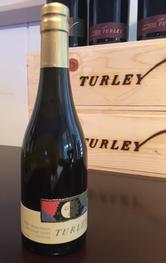