We shared their two tastings- one was the daily tasting, and the second was the Syrah Reserve tasting. Of course I’m all over that one!! However we started with the whites on the daily tasting, and progressed to the red reserves.  When we asked McKinsey what her favorite was of the whites, she said the Roussanne, and we had to agree with her. Even though I am normally all about their red wines, I have to say the whites were shining brightly!! ...and with a hot summer being right around the corner, it was time to stock up! #PlanAhead

There wasn't a bad wine in the bunch, and as you can see, we tasted a bunch! It was also fun to browse and look at all of the stations of swag and merchandise, that they had for sale. Everything from books, candles, pictures, clothing; you name it! Don't believe us? Take their virtual tour!    Everyone in the tasting room was uber friendly, and we thoroughly enjoyed our visit. I’m always so proud when I’ve introduced Michael to a winery that he is as enthusiastic about as I am! #Success 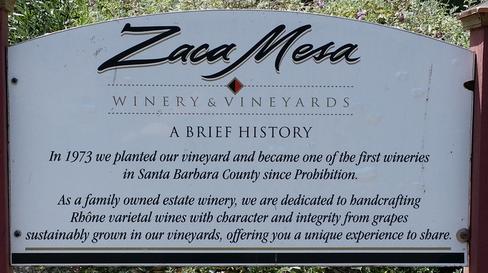 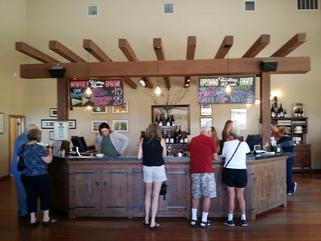 McKinsey was our wine host and she was awesome! Granted I may be a little partial, since she grew up in my neck of the woods (Rancho? The I.E! Say what?), but she really was great. She was also very honest, which I love.

If she didn’t know the answer, she was going to ask and find out. And really, that was kind of the whole premise of us starting Wine Problems- the world of wine has so much information, asking a question should not be a big deal,

His enthusiasm is adorable.

I’m a huge Syrah fan; it’s quite possibly my favorite 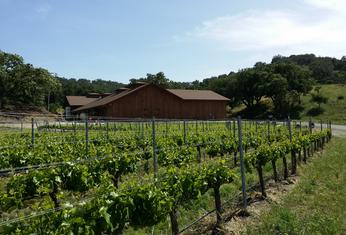 So, it’s quite natural that I have been a longstanding fan of Zaca Mesa wines, as they have many highly acclaimed Syrahs. In fact, they are reportedly the home of Santa Barbara's oldest Syrah vines! I hadn’t visited the tasting room in a very long time, and Michael had never been there at all, so he was pretty excited about a newbie winery. He was even MORE excited after we passed a vineyard sign for Zaca Mesa’s Viognier! “Ohhhh they have Viognier!!!”

We took some time taking pictures of the outside, as it has a very charming courtyard with picnic tables and a large chess set to boot. Perfect place to bring a nice cheese and cracker picnic, which coincidentally, they sell in the tasting room! We weren’t hungry, so we didn’t partake, but we did make the mental note for next time.  The tasting room has been updated since I had last been there.  It’s still a big spacious tasting bar, just with a more modern feel. They’ve also added a VIP room for Club Members, which I don’t recall them having in the past. We snuck in for a moment to check it out- we actually preferred the main tasting room, but the VIP has "old school" ambiance.

and really should be encouraged! #TheMoreYouKnow 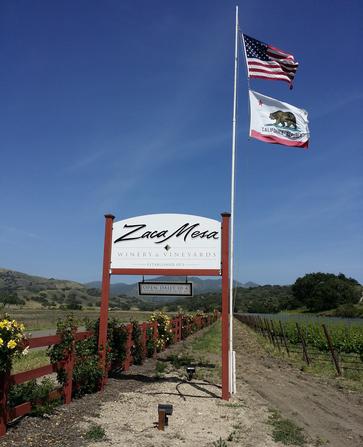