for the pairing round?

They all went with "Wine A."

And so friends, after the truly delicious meal and the two great bottles of Rosé had been consumed, the four judges all handed in their score sheets. The final scores were tabulated, and then just to make sure that there was no tampering by hackers, they were tabulated again, and the winner is.....

During the time that the wine was decanting, we had decided on our food pairings for the final segment of the competition. We ordered: Baja Fish Tacos; Grilled Cheese Sandwich; and Miso Cod. 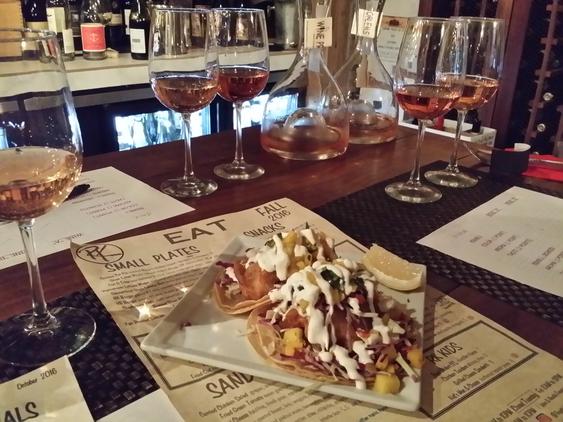 Summer had come and gone, although here in Southern California, we were still getting temperatures in the mid-90s. That said, Rosé was still in heavy rotation here at Wine Problems headquarters. We were due for another edition of Bottle vs. Bottle (then again, we're always up for another round; they're really so much fun), so we thought why not do a Rosé battle in the midst of the October heatwave that we were having? And so we were off to find our contenders!

There were a lot of great Rosés to choose from, but one we really liked, that we came across earlier this summer, was Foxen's Rosé of Mourvèdre. This presented a new parameter, however, in that there are a variety of different grapes that are used to make Rosés. Naturally, this will affect the taste, nose, color, etc. of the Rosé, so in order to proceed fairly, we needed to find a Rosé challenger that was also predominantly made from Mourvèdre.

Needless to say, we contacted our regular guest judge, John Fanaris, for some suggestions. John is the owner of our usual BvB battleground, Rustic Kitchen, and he also happens to be a Sommelier. John said that he had the perfect contender (we knew he would), and that would be 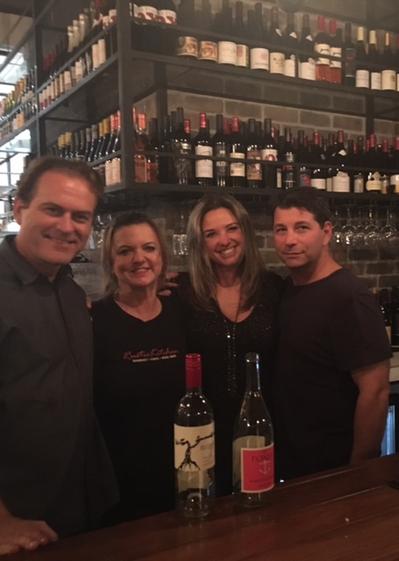 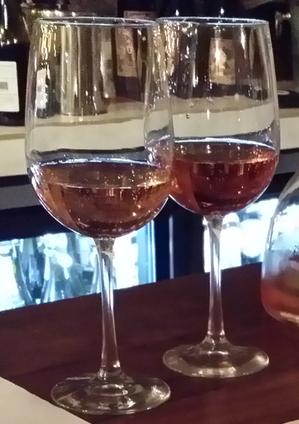 Wine Problems would like to thank John & Noelle Fanaris for being fantastic hosts, and the always great staff at Rustic Kitchen.

Go check out this market, café, and wine bar- the food is awesome, and it has a great vibe!

As this battle progressed, one thing was very evident- none of the judges seemed to be having an easy time making their choices. We had two Rosés going head-to-head and both were top-notch!  It was not any different once the food pairings began, but this was because some of the judges felt that one of the wines went better with one particular dish, while the other wine paired up superior with another. In fact, Noelle was so torn that she split the two points for the pairing segment and gave a single point to each of the wines. So what did the other three judges decide

SPLIT DECISION!  Yes sir- it's a Bottle vs. Bottle first! We have a split decision no matter how you slice it!  On their individual sheets Michael and Nicole both selected Foxen, while John and Noelle both chose Bedrock. Even if you total up all the points from all four judges, the final score came in at 20-20. We have a dead-tie here, folks! Now normally, we have an odd number of judges, so this kind of thing can't happen, but as was stated before, all of the judges were on the fence in nearly every phase of the competition. This one really was too close to call! But we'll tell you this- based on all of the tasting segment scores, it was pretty decisive that the Bedrock was preferred on its own, while Foxen was the preference to enjoy with food. As always, they are both

great wines, or else they wouldn't be in BvB!

Bedrock Wine Co.'s Ode To Lulu, which is a Mourvèdre-dominated Rosé.

And so here we are... Bottle vs. Bottle 5: Rosé edition....and this time we had a fourth judge among us- Noelle Fanaris. Noelle is Rustic Kitchen's Head Chef and co-owner. As usual, we started off with an immediate pour for everybody, right from the bottle. There was a

Time for the one hour decant, and we were right back at it! All of the judges stuck with their initial selection from the previous segment with regard to the aroma, but when it came to the tasting, Michael, Nicole, and Noelle all flip-flopped and went with "Wine B" as their preference. John stuck with his initial choice, so "Wine B" was unanimously the winner of taste after decanting, and that earns three points from each judge! The score was now 19-13, and "Wine B" was back in the driver's seat!

*Just a reminder that none of the judges ever know what the others have picked until after the competition is over and all of votes are in. The running tally of the score, that we are giving you here, is completely unknown while Bottle vs. Bottle is taking place.

it's really just a matter of personal preference. Michael was the lone judge preferring the color of "Wine A," so immediately "Wine B" was off to a 3-1 lead, but when it came to the aroma, the voting swung the other way, only this time it was Noelle who was the solo voter with her choice of "Wine B."  The score was now tied at 4-4, and it was time for the judges to taste the wine. Low and behold, we had another loner- John going with "Wine B" as his selection. A taste winner for this segment earns the wine two points from each judge, so "Wine A" jumped out in front at the close of the round, and was now leading 10-6.

definitive difference in the color between the two wines, and of course, as is everything in BvB, 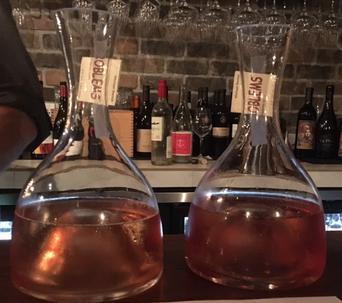