Herman Story to the top of our to-do list.

We got to try some ah-mazing wines! We tried Tomboy, which is his Viognier, and possibly one of the best Viogniers I’ve ever had. And I love, love the label! Then was his 2015 Milk & Honey, which is 35% Tempranillo; 34% Cab; 31% Syrah, and 100% delicious! This was followed by the aforementioned, Bolt Cutter, which now I see why it’s so popular on Instagram- great wine, and yet another super cool label.

As a boss, it was very obvious that he was well liked and respected by his staff. Which, most of them, are making their own wines on the side! Russell is very supportive of their own goals, and you could just tell that everyone working for him was happy to be there. As were WE!

A quick side note, we recently we took a bottle of the On the Road Grenache to a Rhône wine party, and it was a huge hit! If you are in Paso Robles, we highly recommend you checking out

Next came his 2015 Nuts & Bolts Syrah, which was fantastic, but Russell was super-excited about the upcoming vintage, so we were lucky enough to try both the ’15 and the not-yet-bottled ’16 vintage! What a treat! Russell’s comment was, “I know this is the worst this wine will taste; it only gets better from here.” Um, it was already tasting fantastic, so look out for when the 2016 gets released. #trustus

We finished up with the 2013 440 Days, which is 100% Grenache. The "440" represents the number of days the whole-clustered grapes spent in a Foudre (pronounced foo-drah), which is a very large wooden vat (see pic below).

years, he worked part time at Tantara Winery. He was indeed bit by the wine bug, and by 2001, he was making his own! 100% Syrah was his first vintage, and from there he was off and running!

We said our goodbyes, thanked Russell and his crew for a seriously memorable afternoon, took our wine, and left..... only to return the next day, because we forgot to buy the Nuts and Bolts Syrah..... and because we wanted an extra bottle of Bolt Cutter.  LOL  Clearly we have Wine Problems!

The tasting room is on Paso Robles Street, in an industrial area, right off of the 101 Freeway. We don’t like to go anywhere empty handed, so we bribed Russell and his crew with some food

Somewhere during the course of our many Paso Robles visits, we had heard of Herman Story's wines. We had heard that the wines were great, but what we didn't know was who this guy, Herman Story, was? Flash forward a short period in time, and Herman Story kept coming up, and always in a positive manner. Then we started seeing pictures of one of his wines, Bolt Cutter, and its awesome label, posted on Instagram quite frequently.  But it was really when we were visiting one of our favorite Paso wineries, Desparada, that we started to put all of the pieces together....

by Dawn in the tasting room, who would be our wine host for the afternoon. She was super 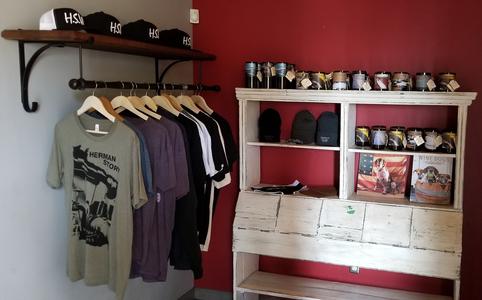 As our next Paso trip was approaching, Michael called the tasting room to try to get a hold of Russell, to see if we could set up an appointment with him? Well, lo and behold, Russell answered the phone himself, and somehow we got etched in to making Herman Story our first stop on our upcoming trip!

In fact, Russell was quite a character on the phone, and it quickly became obvious that we

So how did Russell become Herman Story?  Well first of all, Herman Story was Russell's grandfather, who he was very close to. Russell’s passion for wine originated from his passion for cooking, which was passed along from his mom, who he says is an outstanding cook.  This isn’t the first time we’ve heard this from a winemaker, as it seems to be a common comparison- winemaking to cooking.  And hey, wine and food do go hand in hand, so it makes sense! Russell went to Cal Poly, during which time he interned at Lockwood Winery in Monterey County. Then, for two years,

Over lunch, we did our usual Wine Problems hard hitting questions, like what does he drink on a Tuesday night? The answer- Coors Light!!  Not super surprising, as beer is actually a frequent response from the winemakers that we've asked this. Russell is just a super nice, funny, cool, down-to-earth guy to hang out with. His awesome winemaking skills are just a perk! Which, yes, back to the wines! 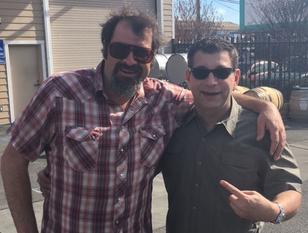 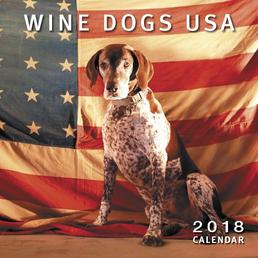 After lunch, we got the full tour of the facility, as everything is done right there on the premises. It’s quite the sophisticated set-up! The building was originally zoned as an auto place, so it worked out really well when Russell transformed the area to his own private wine making facility. High ceilings, great drainage, and lots of open space were all perfect features for this! I’ve also heard that he’s been known to throw QUITE a party at this location. Versatile! Hmm, maybe he’ll let us do a feature on one of his pick-up parties....you know, just so we can make sure that we have

needed to interview him and make him our next Featured Spotlight! Granted, we had yet to try his wines, but we just had a gut feeling and we were UBER excited, and so here we are! 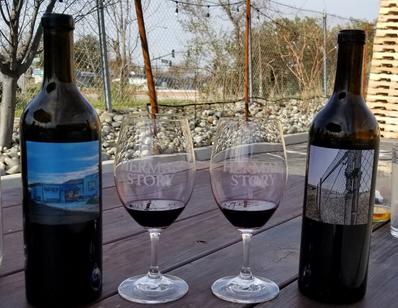 Our day with Russell ended in the tasting room, along with wine hosts, Dawn and Mollie. Apparently there were a few wines that they were pouring, such as the On The Road Grenache, that we hadn’t tried yet, and we couldn’t let THAT happen! The tasting room is a nice sized room with a tasting bar, some wine swag and tees, and the aforementioned Wine Dogs book and calendar. Hank, by the way, was in the tasting room greeting visitors as they came in through the door. After wrapping things up in the tasting room, it was time to choose what to buy? OH MY, the dilemma. Not like we could go wrong with any of the wines, but we do have a budget! 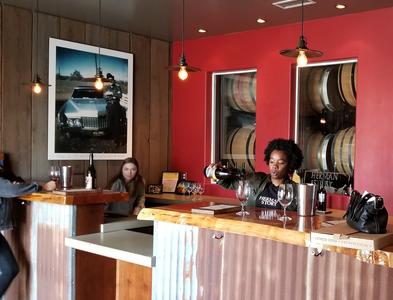 As for his personal life, he’s a happy family man! His wife, Vailia, who we mentioned earlier, shares his passion for wine. They have a daughter, Minnie, and a dog, Hank. In fact, Hank is somewhat famous in his own right- he made the cover of both the book, "Wine Dogs - California", and the

Vailia From is the winemaker/owner of Desparada, and she makes utterly fantastic wines! She is married to the proprietor and winemaker of Herman Story, so we just naturally assumed he was guilty by association, of also making fantastic wines, that is. We didn't know it yet, but our assumption was right! The one thing that we were wrong about, however, was that his name was NOT Herman Story, but rather, Russell P. From. We immediately decided that we needed to add

Russell’s style of winemaking isn’t for the faint of heart....he makes some BIG wines! His secret? Well maybe not necessarily a secret, but he doesn’t filter his reds or his Viognier. Another technique he’s mastered is co-fermenting varietals, rather than just late blending. This provides some beautiful aromatics to his wines!! His harvest takes an average of four months, which is very, very long. Almost daily he’s out in the vineyards, constantly checking on the fruit, waiting for the perfect Brix. The result of his diligence? Big, bold fruit flavors, with great complexity, and balance. We were seriously so impressed with every single wine. On a related note, me being someone who really loves wine labels (guilty), his are just outstanding!! And his tasting notes?!? OMG highly entertaining and abstractly accurate. If we have your curiosity, check out the various "tech sheets" on his website, and see for yourself! Another thing that we absolutely LOVE is that his tech sheets give you serving temperature and decanting time recommendations- it removes all the guesswork.  It would be very hard to specify which wine we loved the most, as they were all top notch.

Don't believe us? Take a look (below) at what we bought! 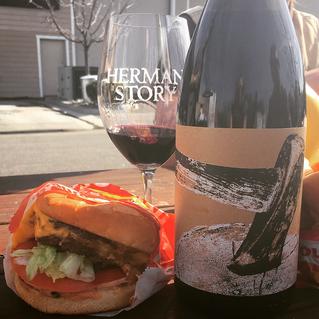 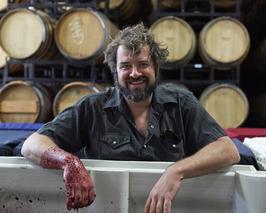 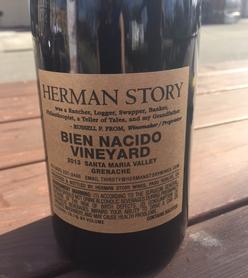 personable and extremely knowledgeable!  Dawn took us outside to the back part of the building, where there were long picnic tables. We started unloading the food, meeting the crew one-by-one as they came to join us for lunch. Then Russell emerged, said a quick hello and stated, “We need wine for this!” Who were we to argue?! With that, he disappeared briefly, and came back with a bottle of his 2013 Bien Nacido Grenache, which is from the Santa Maria Valley appellation, and it 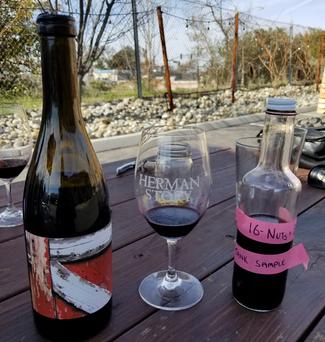 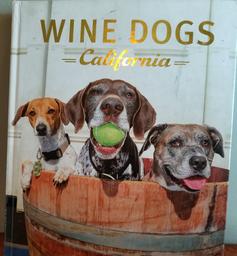 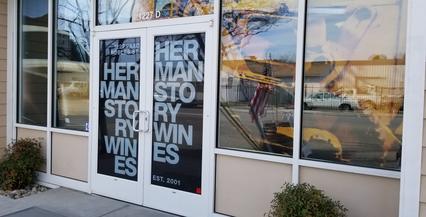 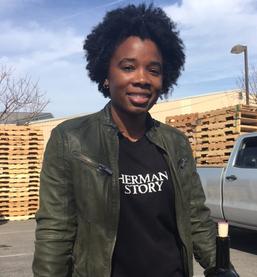 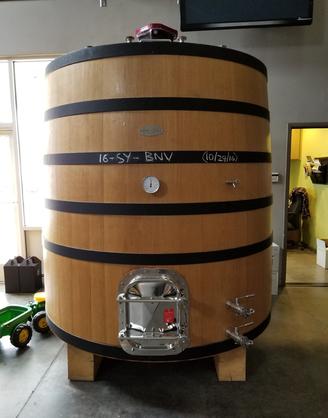 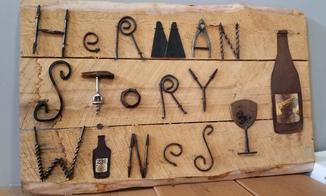 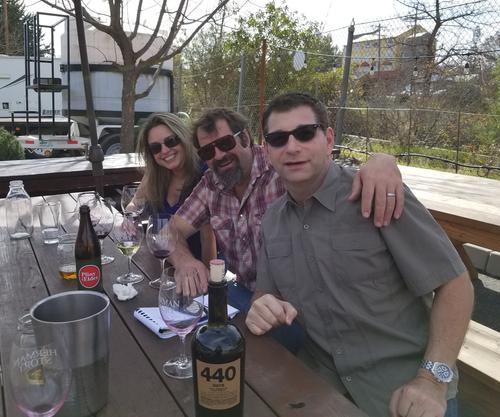 what’s behind those big white doors....you will not be sorry. 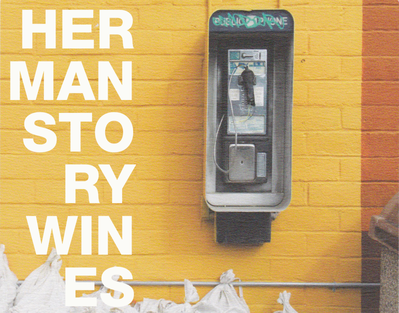 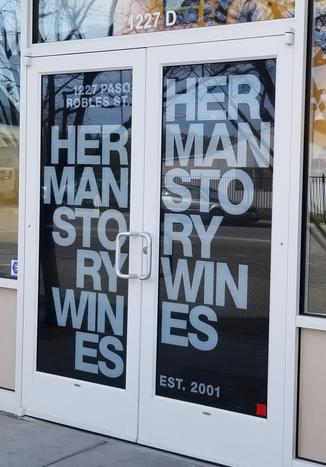