The second pick up party was on April 1st, (yes, April Fool’s Day), and was just as amazing as the first one. Current releases were paired with everything from fresh ricotta and strawberries, to brown sugar cured bacon drop-cakes, to steak and potatoes with chimichurri! Due to the fact the facility is so large, you never had to wait very long for anything. Food and wines were plentiful and 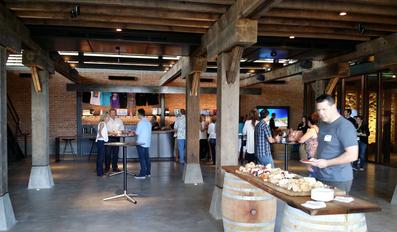 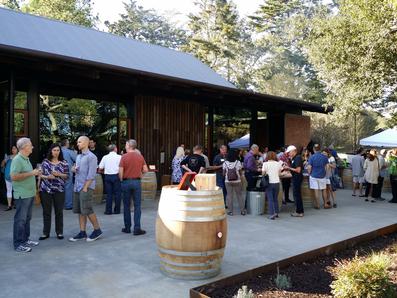 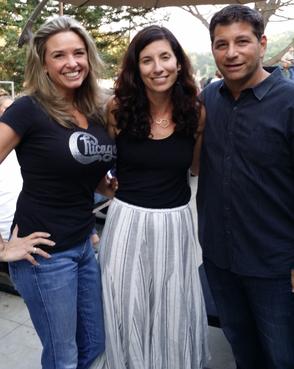 It was also a gorgeous day with perfect weather to boot. We brought our good friends that live in Paso, and it was the first time they had been to Epoch.

I was pretty excited for them to try all of the exquisite wines, and especially to meet the fantastic and always charming winemaker, Jordan Fiorentini. Not surprising, they were very impressed with her and her wine, and we all had such an awesome time.

served with Ricotta and Fresh Strawberries.

DELICIOUS! Personally, I was really enjoying the Zinfandel and had to purchase another bottle.

I'll take her Creativity, over steak, any day though!! We can’t wait for the next party!!! 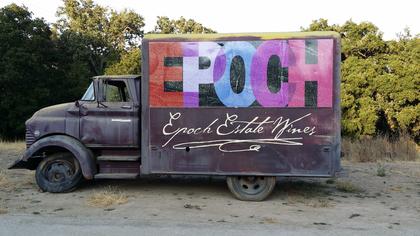 Outside were the aforementioned steak bites and potatoes with chimichurri, and it was being paired with the 2014 Creativity (100% Mourvèdre), except there was a catch- Jordan! She was walking around with a bottle of this very small production wine, so you needed to catch up with her in order to get a pour. Finding her (and pretty much wine in general) wasn't an issue for me, but sadly I had poor timing on the steak, which I'm told was incredible! #steakproblems

In case you haven’t been to a pick-up party (which is actually very common, as not everyone is within driving distance to their favorite wineries), I’ll explain what they usually entail:

Due to the size of the party, Epoch had their own complimentary valet set up. Makes such a difference, especially when exiting a party with wine in tow. As we checked in, we were given Sharpies to fill out our name tags, and then handed a glass of 2015 White Estate Blend. What was super cute, in my opinion, was they had a little "red carpet action" going on. Our photo was taken in front of the Epoch logo as a back drop, wine in hand. #SayCheeseAndWine   It seems like fur babies were allowed, as dogs were scattered around the lawn area, and even Epoch has at least two friendly cats of their own that roam the winery. They also had games set up: a giant Jenga formation, a cornholer (hehehe), and I think a chess set? But we weren’t there for the games, we were there for the wine! So up we went a flight of stairs to the main action.

One of the perks of belonging to a wine club, or wine allocation list, is being invited to the pick-up parties. We recently went to our second one at Epoch since becoming allocation members, but I’ll briefly go back in time to tell you about our first attendance back in September.

Epoch’s pick-up party in September was special because it was also the first time they had used the new tasting room for their party. The new tasting room is remodeled from the original York Mountain Winery. They kept as much of the original structure intact that could be restored, and modernized the rest for what couldn’t be. It’s gorgeous!!! And gigantic! Stations of wine and food were scattered mainly outside the front of the building; inside was a ginormous cheese, meat, and bread platter. 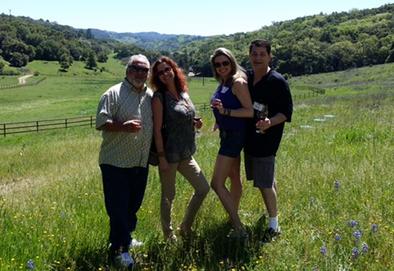