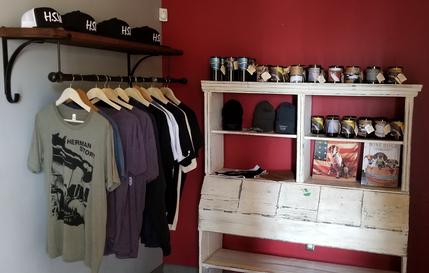 Herman Story to the top of our to-do list. Granted, we had yet to try his wines, but we just had a gut feeling and we were UBER excited, and so here we are!

The tasting room is on Paso Robles Street, in an industrial area, right off of the 101 Freeway. It is a nice sized room with a walk-up tasting bar, some wine swag, and some cool t-shirts and hats. Our wine hosts were Mollie and Dawn, 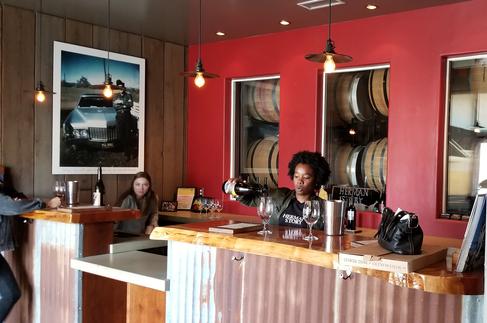 Everything is done right there on the premises, and we actually got the full tour of the facility; it’s quite the sophisticated set-up! The building was originally zoned as an auto place, so it worked out really well when Russell transformed the area to his own private wine making facility. High ceilings, great drainage, and lots of open space were all perfect features for this.

Somewhere during the course of our many Paso Robles visits, we had heard of Herman Story's wines. We had heard that the wines were great, but what we didn't know was who this guy, Herman Story, was? Flash forward a short period in time, and Herman Story kept coming up, and always in a positive manner. Then we started seeing pictures of one of his wines, Bolt Cutter, and its awesome label, posted on Instagram quite

frequently.  But it was really when we were visiting one of our favorite Paso wineries, Desparada, that we started to put all of the pieces together....

Vailia From is the winemaker/owner of Desparada, and she makes utterly fantastic wines! She is married to the proprietor and winemaker of Herman Story, so we just naturally assumed he was guilty by association, of also making fantastic wines, that is. We didn't know it yet, but our assumption was right! The one thing that we were wrong about, however, was that his name was NOT Herman Story, but rather, Russell P. From. We immediately decided that we needed to add

and they were both so nice, personable, and extremely knowledgeable! You could just tell that 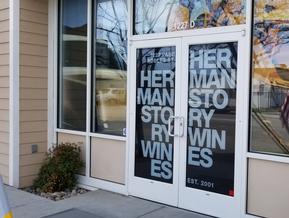 And his tasting notes?!? OMG highly entertaining and abstractly accurate. If we have your curiosity, check out the various "tech sheets" on his website, and see for yourself! Another thing that we absolutely LOVE is that his tech sheets give you serving temperature and decanting time recommendations- it removes all the guesswork.

It would be very hard to specify which wine we loved the most, as they were all top notch.

Don't believe us? Take a look (below) at what we bought! If you are in Paso Robles, we highly recommend you checking out what’s behind those big white doors....you will not be sorry!

Russell’s style of winemaking isn’t for the faint of heart....he makes some BIG wines! Bold fruit flavors, with great complexity, balance, and beautiful aromatics. We were seriously so impressed with every single wine. On a related note, me being someone who really loves wine labels (guilty), his are just outstanding!! 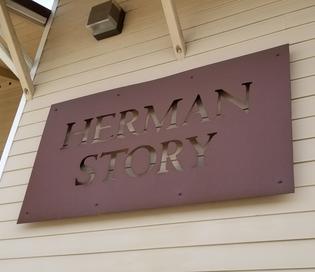 Herman Story Wines-         (NOTE: this is an excerpt from our Russell P. From Spotlight)