Kistler gets their fruit from three regions, Sonoma Coast, Sonoma Mountains, and Carneros. There are nine different vineyards amongst these regions, as well as 14 different types of soil (which were all on display in the room)!  It was super cool the way the wine tasting was set up because we got to really taste the differences in the fruit from these various soils and regions. Kistler makes twelve Chardonnays in total, ten of which are single vineyard Chardonnays. We were lucky enough to try four of the twelve, along with one pinot, the Sonoma Coast. It was really hard to pick a favorite. 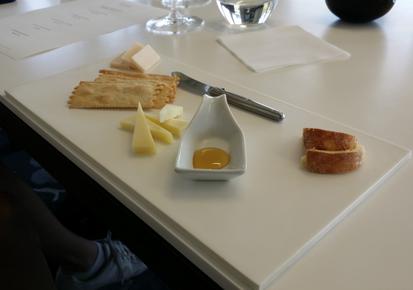 If you enjoy Burgundian style wines, this is a must visit for you. Tastings are by appointment only.

geography of the vineyards, and the various soils in which they grow. Not to mention a nice platter of local cheese, crackers, bread, honey, and breadsticks. One of the many perks of being around farmland... #freshness. 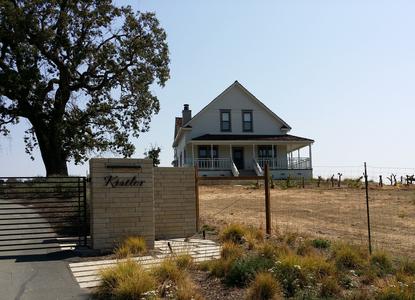 Chardonnays were incredible! So good in fact, we could easily justify buying a few bottles.

After a lovely visit in Napa, it was off to Sonoma! Michael had never been to Sonoma and it had been eons since I had been there last, so I was uber excited for this adventure. Our first stop was Kistler, who just recently started having wine tastings at their facility, the Trenton Roadhouse,

which is just north of their winery in Sebastopol. The roadhouse is this amazing old farmhouse that was built in 1920. It has the most gorgeous windowed room in the rear, with views for miles! This was where the tasting took place. Brooke was our wine host, and she is also a Sommelier... and a ton of fun, too!

She put together a great presentation that consisted of the history of the winery, the

Kistler was founded in 1978 by Steve Kistler and Mark Bixler. Steve was the winemaker and overseer of most of the vineyards until 2017, when he left Kistler to focus on his Occicdental label. Steve's protégé, Jason Kesner joined the Kistler team in 2008, and is now the current winemaker. Like Steve, Jason utilizes the classic Burgundian techniques of wine making, and all of Kistler's wines are bottled unfiltered and unfined.