*UPDATE: In August of 2017, Chad and Mary Melville, reportedly sold SAMsARA for an undisclosed sum, to Dave and Joan Szkutak. Matt Brady will be taking over as the winemaker, although the current and upcoming wines that Chad already made, should still be available for a while.

By the way, Chad’s answer when we asked him about the secrecy? He responded that he likes people to find out about the wine organically, and he doesn’t do any marketing and promotion. When we asked why he didn’t mention it in our interview with him, he responded that he was talking as the winemaker for Melville, and that is his main priority. However, he loves having the creative freedom of having his own label. Seems to be a common thread amongst winemakers, and when they make great wine like Chad, PLEASE take all the creative freedom you like!

We headed off to Los Olivos and nearly passed the tasting room twice. It’s a little white building

among trees and bushes, with a modest sign that says, SAMsARA. We walked in to this bright, yet warm and inviting, tasting room. A medium length bar was at the left of the entrance, and a nice guy, Lee, was pouring wine to another couple. He readily greeted us and we

That Chad Melville is SNEAKY!!! We had the pleasure of interviewing him as the winemaker for Melville, for one of our Spotlights on the website; and not once in our 3+ hours of chatting did he mention his side project, SAMsARA! In fact, we had to travel all the way to Linne Calodo in Paso Robles, for our wine host, Kelly, to tell us about it! Needless to say, we had a tongue-in-cheek bone to 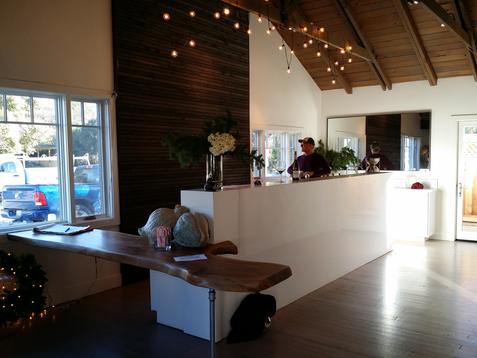 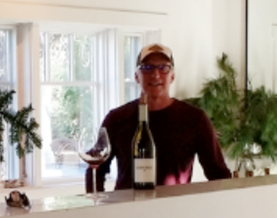 pick with Mr. Melville, and now we had to go to SAMsARA. After all, we drunk the Melville Kool-Aid long ago, and are now hooked for life. #gatewaydrug  #cultlife

We decided to take a road trip up the coast for a day trip to Santa Ynez on a Saturday, as we are very inclined to do every now and then. It’s a quite pleasant two hour drive up the coast. Ironically, Michael had some wine to pick-up at Melville, so we started their first. When we mentioned to the Melville employees tending the wine bar that we were headed towards SAMsARA, they enthusiastically told us that we were in for a treat! We had a feeling, but why the secrecy from everyone? Again, how have we NOT heard about SAMsARA? It’s okay, we were off to investigate... 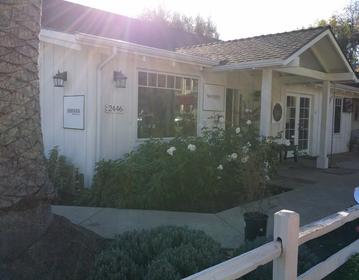 started on the tasting. SAMsARA are all Rhone style varietals and did have a different style than Melville wines, but still had that Chad magic and finesse. He even uses some grapes from the Melville Estate Vineyards. We really, really enjoyed the wines! 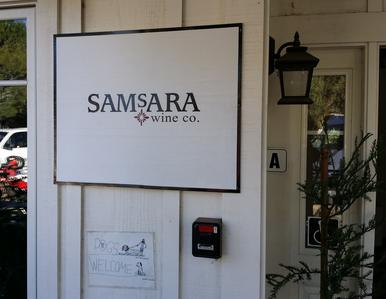