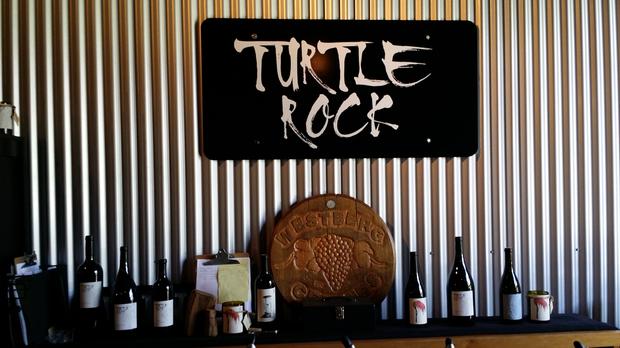 One last time, fast forward- another Paso trip, and another trip to Turtle Rock. I mean, we were in Tin City, how could we NOT stop in and say hi?! Megan was there, being her usual wonderful self. Claudia stopped in briefly, as she was setting up for their club member’s pick-up party, going on later that evening. Although we could tell she was very busy, she was gracious enough to chat for a few minutes with us, and even invited us to the party! These people in Paso....we love them!

Everyone still with me?? Okay, fast forward again- another Paso trip; Turtle Rock; Tin City; YES! Michael reached out to Claudia in advance, who said she couldn’t meet with us, but that Megan was pouring in the tasting room and she would let her know that we were coming in. Perfect!

So yes, we would highly recommend visiting Turtle Rock! Here’s the most recent tasting list from our last visit, as well as what we bought over the course of our three visits: 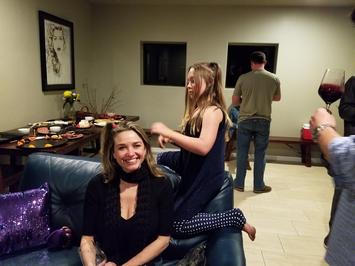 A couple of Paso trips later, we are back at Saxum, with IN-N-OUT burgers in tow (bribery), hanging out with Justin and a few of the people who were working for him. Lo and behold, one of the guys was Don Burns, owner/winemaker of Turtle Rock! Don is a super cool guy and, as Justin was quick to point out, very modest! Don casually mentioned that their tasting room was located in the Paso Underground, so we made a mental note to check out his Turtle Rock on our next trip to Paso Robles (we're planners, so this trip was already booked up).

Fast forward to our next trip, and Turtle Rock is on the agenda! We swing by the Paso Underground, which is a tasting bar that hosts four different wineries, each with their own little setup. If you don't know about the back entrance, you have to make your way through a clothing store to get to the front door! So clandestine, I love it! Once we were inside, we see the Turtle Rock logo, and behind that tasting bar is Claudia, Don’s wife. She was super nice, as we gave her the run-down of who we were and how we met Don.

We went through the tasting, absolutely loving all of the wines and the labels! I really enjoyed the Rosé, Tickled Pink, and the Willow's White, which is a white blend. Michael really liked the G2, which is a Syrah with just a hint of Mourvèdre; it also had Michael's favorite label of the flight. Claudia then happened to mention that they were moving to Tin City! Say WHAT?? I mean, we’re already totally in love with Tin City, so this is just.... perfect! New mental note- check out Turtle Rock's new tasting room when they move. 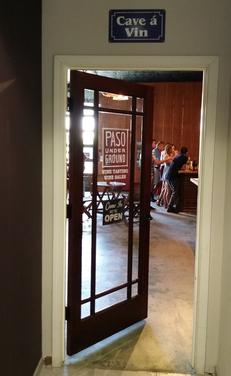 We get to the new tasting room, and it’s so cool! Super high ceilings, great décor, bright, and welcoming. Megan, who is very likeable from the get-go, walked us through their tasting flight. Wow, these wines! Don is one of the lucky ones who gets to source from some of the same vineyards as his friend, Justin Smith, including Smith's own, very well renowned, James Berry Vineyard.

We thanked her and told her we would try to make it, even if it was just for little bit. Well, spoiler alert, we went to the party and had the BEST time! Don and Claudia are awesome, and don’t even 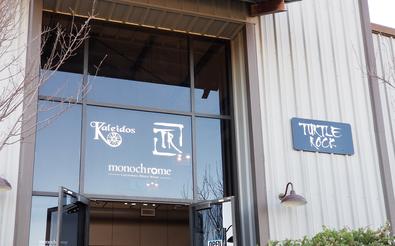 A little back story to Turtle Rock.... when Wine Problems was just starting out, Justin Smith of Saxum was our second winemaker interview, which needless to say, was AWESOME! During this said interview, we asked him about some of the local wineries in Paso that he recommended visiting, and Turtle Rock was on the list.

get me started on their incredible daughter, Willow! I had a great time hanging out with her.