the wayside as we started ping-ponging all over the place as various booths caught our eye!  #allbetswereoff


There was live music, which was a pretty cool band that kept a fun vibe to the event. Towards the end of the day, the makeshift dancefloor became quite full and you could see the extent of the fun that had been

We spent a lot of time with the Ascension Cellars crew. Their winemaker, Erick Allen, was there answering questions and we tried all of their wines- which were each pretty spectacular! One thing to know about these events is that it’s illegal for them to sell the wine to you right then and there, so it must be shipped, which is an extra expense and can vary.  Ascension happened to have a special that day, which was $1 shipping on a case of wine, and I wouldn’t be surprised if most vendors didn’t offer the same. We didn’t quite buy a case, but we did purchase several bottles that

All in all, it was a really fun way to spend a sunny (albeit VERY warm) Sunday afternoon. We highly

had (ie. consumed) by the attendees. 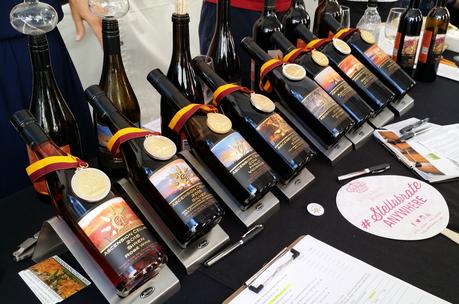 The event took place at ROW DTLA, which is a 30-acre space full of historic buildings, in the heart of downtown, adjacent to the Arts District. In the midst of this location is Market Row, which is a partially shaded outdoor lane, surrounded by revitalized 90-year-old warehouses. The lane was divided in half, resulting in a "north row" and a "south row," each with a long span of wineries and exhibitors on either side of you. We were handed plastic wine glasses when walking in, and we were off-and-running! We initially had a game plan to start at one far end and casually make our way to the other. That plan quickly went by 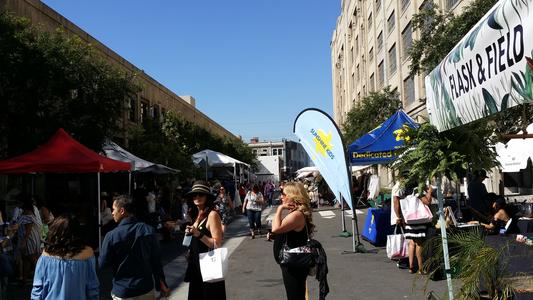 note that the event had a fantastic set up for Uber and Lyft drivers, which I think is SO important. They had their own drop off and pick up section which made it totally hassle free; something every event should strive to do, to make sure people are being responsible.

Our spotlight this time around shines on an annual event, right here in Los Angeles- LAWineFest. This year was LAWineFest’s 12th Annual Event in Downtown LA. For us, it was our 1st Annual, but now we plan on going every year; we had that much fun! This was a whole weekend event, but we only went on the Sunday, and really didn’t know what to expect? We’ve been to several wine and food events, and each one has been pretty different, with both pros and cons. One definite pro to this event is the diversity! Yes, there were lots of wine vendors, but a wide spectrum of wines, from the well-known Stella Rosa at the San Antonio Winery booth, to Sunstone Vineyards (one of my favorites out of Santa Ynez), to boutique wines, such as Ascension Cellars out of Paso

recommend it for sure; just don’t forget to Uber or Lyft.  #untilnexttime

With that I should make a 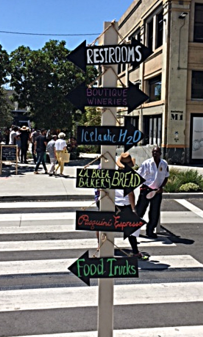 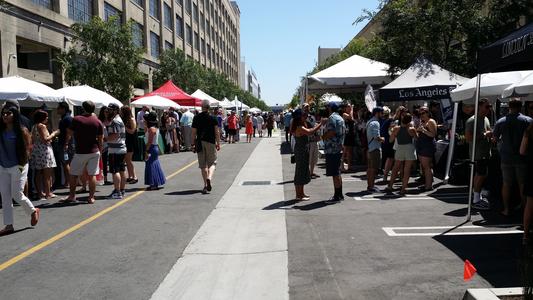 In addition to the wine, there were several beer vendors, olive oil vendors, food trucks, a cheese vendor, jewelry, clothing, Uber eats was handing out free deliveries, and even La Brea Bakery was there with free bread! We went a little crazy at the olive oil stand, Gourmet Blends, but I’m overly obsessed with olive oils and balsamic vinegars (and they were all great)! We also bought some super tasty aged Cheddar and Gouda at the Vagabond Cheese Company booth. Let’s just say we’ve made some amazing grilled cheese sandwiches, and bruschetta, with our purchases. #WeDidGood 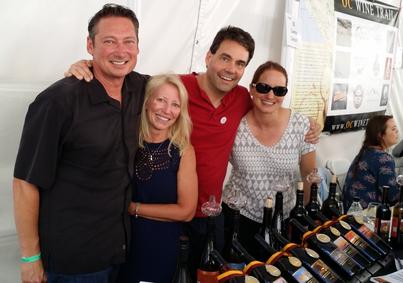 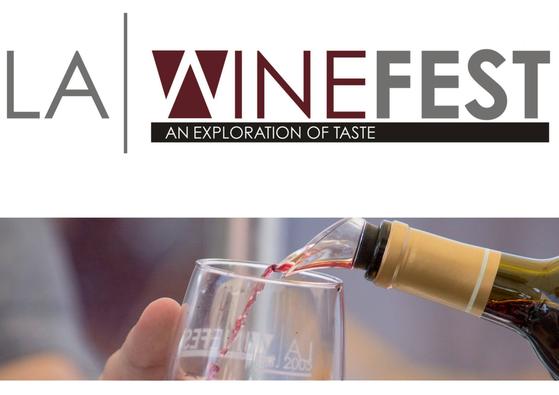