used to prevent workers and winemakers alike, from falling off of the catwalk into the large vessels below, and drowning or hurting themselves. Although admittedly, if I had to go out, drowning in

it will be the next vintage of her Creativity.

wine, especially wine as good as Epoch's, might not be the worst way to go!

And before we left, she grabbed a bottle for me, as a going away gift. I literally teared up as she handed it to me. Such a BEAUTIFUL bottle, both inside and out! Just like Jordan. We enjoyed it immensely a few weeks later; an exquisite Rose- love, love, love!

Wine Problems has been extremely fortunate to interview some pretty stellar winemakers. When we contemplated which winemaker we wanted to interview next, immediately I thought it would be cool to interview a female this time around. Michael concurred, so we started thinking about who we knew of? We remembered from going to the Epoch tasting room that they had a female winemaker, Jordan Fiorentini, but in all honesty, we weren’t very knowledgeable of her work. At the time, we had only been to Epoch once, but we did end up buying a few bottles of wine while we were there, so obviously we enjoyed the wines. Saxum’s Justin Smith had mentioned to us how awesome she was, and we really trust his opinion, thus, Michael reached out to her. Well, she couldn’t have been any nicer or more enthusiastic about doing the interview; we were all set.

I’d like to clarify that this is not a “feminist” spotlight because we felt we needed to make things equal, by interviewing a woman. To me, it was more about being curious if there were any differences in artistic approach? I mean in cooking, can you tell if it’s a female or a male chef that made the dish? Does it matter?  What I think it came down to was getting to know her and her process. Maybe it was a chick thing, I don’t know, but I do know both Michael and I were really looking forward to meeting her!

I did not know this, even though now it makes perfect sense in hindsight, but winemaking is actually pretty dangerous!  It never occurred to me that the CO2 being released from the tanks could make someone pass out or get really sick! The harnesses are

Next we went upstairs to the Skybox, which is a room that overlooks the blending and bottling facility. Such a great view! There was also some laboratory stuff going on, along with a wine fridge. Being that it was pretty early on this 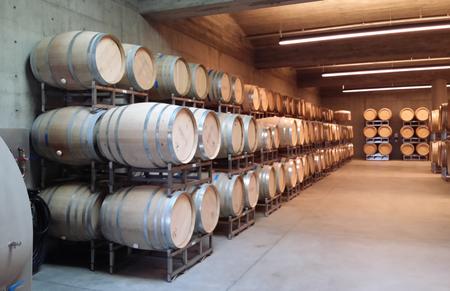 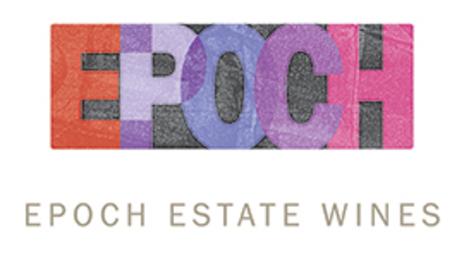 where she met her Italian husband.

on the Epoch website, in the tasting notes area. 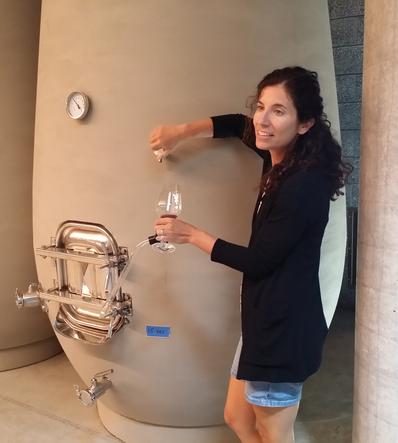 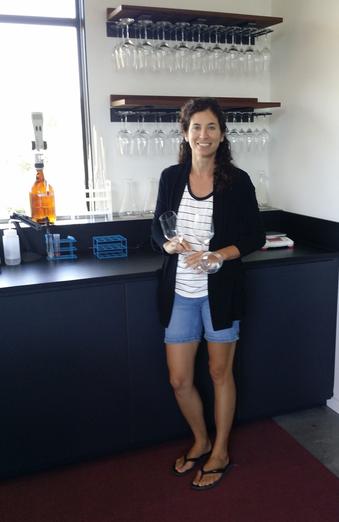 The second time we headed up to Paso to see Jordan, we felt we had a little more knowledge under our belts, and a sense of who she was as a winemaker. I mean, we were practically BFFs now, after all!  It was technically harvest, but due to the weather being slightly cooler than normal this time of year, the local winemakers, including Jordan, were less stressed about picking the grapes. You see, usually there’s a pretty small window of time to get everything picked before the fruit gets too ripe, due to the hot weather. Jordan is very hands-on in the vineyards; very involved in the harvesting decisions; and is checking on the fruit constantly. She was feeling the less pressure of harvest and was, once again, a charming and gracious host.

We headed back up to the Skybox, where Jordan pulled a 2009 Zinfandel to pour for us. WOW.

It was unreal. Then we headed back down to the barrel room (twist our arms!) and did some more

Okay, and speaking of treats….I had been so deflated on this trip to Paso because every place 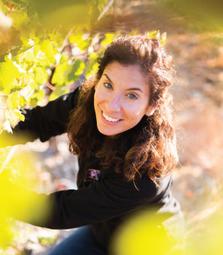 After a tour of the facility, we went to Jordan’s office, and she showed us some of her killer drawings! With each wine, she sketches how the wine feels and tastes on her palate, on large index cards. It’s the most unique thing I may have ever come across! Not only is there a sketch (and she's a damn good artist!), but there’s also the wine’s “bio” on the other side of the card, which talks about its date of birth, birthplace, education, GPA, ethnicity…..so super fun and original; I love it! Jordan calls these VINPRESSIONS and you can view, and read more about, the 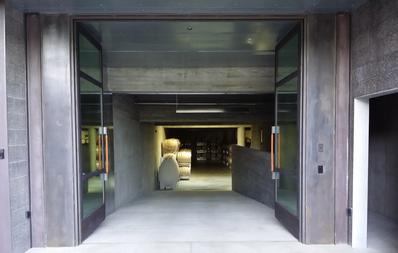 Apparently it’s become quite popular and does run out; and we were up there a little too late in the summer. But guess who did have some rose????

My BFF Jordan, as I now like to call her.

We met with Jordan twice (YAY!). The first time was an early Sunday morning, and she was bright eyed and smiley. Her energy could not have been more infectious; she’s definitely charming, and passionate about her wine. We started off with a tour of Epoch's winemaking facility, which is only a few years old (this is their 3rd crush). As we walked around, Jordan gave us some background on her origin, which was not only interesting, but impressive. She graduated from Dartmouth College with a degree in engineering- something she admits she did to appease her father, but has had no regrets with her decision.  After she graduated, she wasn’t quite ready for the 9-5 job, and realized she needed something more artistic. So, she went to California, interned at a winery, and then decided to go back to school at UC Davis, where she got her Masters degree in viticulture. While she was in this program, she had the opportunity to work the harvest in Italy in 2002,

The "new" facility is pretty amazing. When you first walk up, there is the crush pad, and attached to the ceiling, there is a Big Ass Fan. Seriously, that’s what it’s called, and the name fits perfectly! The fan helps to cool off the workers, because Paso gets HOT! Especially in August and September aka Harvest, but it also helps to fight off flies and other pests around. 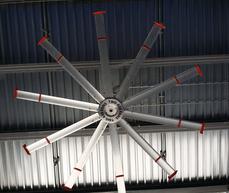 After graduating, she would go on to become the head winemaker at some high profile wineries for a few years, including Chalk Hill in Sonoma. It's around this time that she realized that she might be ready for a change, when coincidently, she was approached by Bill and Liz Armstrong of Epoch to become their new winemaker….but in Paso Robles?!? They dangled quite the carrot by saying they were going to be building a brand new facility, and that she would be able to design it however she sought fit. This proposition was a winemaker’s dream!  It’s like a Chef having free reign to design their own kitchen! And so, Jordan decided to come down to Paso to check things out.

She instantly liked what she saw in Bill and Liz, and saw what a promising opportunity this was for her to be able to truly express herself. In addition to the winery, what actually really sold her was Paso itself. She recognized the unique climates and soils, that you don’t find anywhere else….and you can’t forget the friendly people! It’s near impossible to not fall in love with Paso, with both the wines and the people there. So……she took the job at Epoch, and the rest is wine magic history. She’s been involved with each vintage since the time she started there in 2010.

we went to was out of Rosé.

We eventually bid her goodbye and wished her the best on the harvest. We’ll be heading back up to Paso for the Epoch pick-up party in November, since we are now allocation members. Honestly, after what we experienced, there was no way we weren’t going to join that list! We highly recommend that you do the same! Uber excited about the bottles we will be picking up!

A very special thanks to Jordan for all of her time and the wine she shared. It was truly an epic Epoch adventure, that we will never forget.

particular Sunday morning, she hesitantly asked if it was too early for us to taste some wine? Um…NOPE!  At that, Jordan smiled and said, “Good!,” and took out a bottle of Epoch's 2010 Veracity, which is mainly a Grenache based GSM, and it was delicious! Then we headed to the large barrel room, where we were able to taste some of Jordan's upcoming creations, and what a 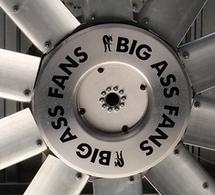 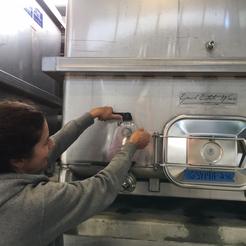 We had to ask Jordan some hard-hitting questions. I mean, after all, we’re kinda reporters now, or something like that. One question I came up with has to do with Jordan’s two adorable daughters. I asked her if she would want them to follow in her footsteps as a winemaker? She paused, and said, “If that’s what they wanted to do. I will support them in whatever path they choose.”  Good answer. We also asked if she had experienced any special or different treatment due to being a female winemaker, and she really couldn’t think of anything, but she feels that she’s been pretty fortunate with the people she’s had the opportunity to work with.  I bet they’d say the same thing about her. Just a feeling.

There’s a concept of “wine goes with what grows,” which is a belief that wines will pair well with the rest of the agriculture that is harvested in the nearby soils. So we asked Jordan if she ever thinks of food pairings when she’s blending the wine? She said sometimes, but mainly she has in mind what wine flavor profile she wants to make, based on the what the grapes are doing. Finally, of course we had to know- what does Jordan drink on a Tuesday night? A white Burgundy if possible! She doesn’t hold back on wines, based on the night. I can agree with that…life is too

To the right of that, we entered a very large facility, which contained blending and fermentation tanks . These were of all shapes and sizes, in both stainless steel and concrete. The concrete vessels were all natural, no additives. I should note that this is the first time I’ve seen (or maybe noticed) harnesses being used. 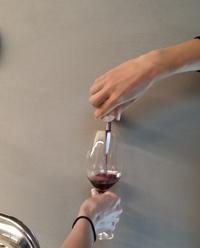 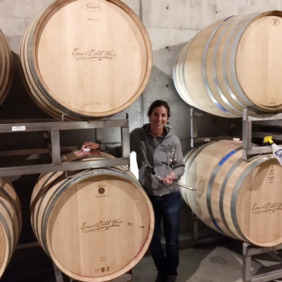 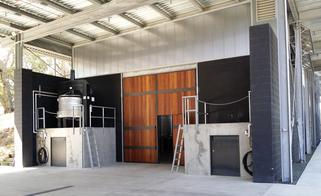 barrel tastings. I mean, I can’t even describe what an incredible experience it is to have such a passionate winemaker roaming through the rows and rows of barrels to pick out the one she wants you to taste. It’s like being Charlie in Willy Wonka’s candy factory! We tasted some Syrah from the Paderewski Vineyard, some Mourvèdre, and one barrel that we are not allowed to discuss because it’s a secret and we’d have to kill you if we told you. BUT, I can tell you that it was KILLER, and

Here’s a link describing the process, if you are interested in reading up on this.