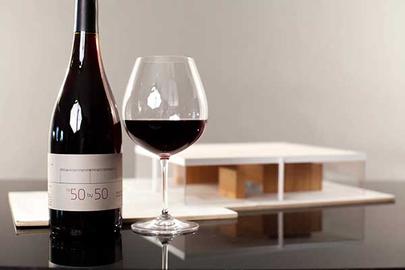 We had the best time with Jerry during the competition, and in between rounds we were able to talk to him about his wine and how he got into the wine business. 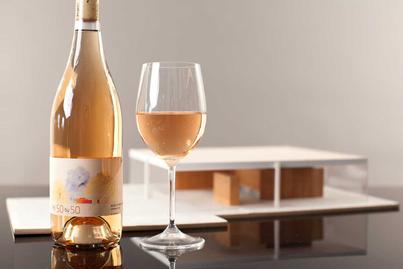 This was followed by Jerry's attendance at many local winemaker dinners, where he really began to educate himself. Jerry stated, "I would have never discovered good wine and food if hadn't been for Devo," for it was his travels while on many world tours that took him to some of the finer restaurants abroad, and introduced him to some of the fine wines of the world.

Eventually, Jerry would stumble across some stellar pinots and he was forever hooked! And so it went from there....Jerry would go from "a novice consumer, into the art of winemaking." At The 50 by 50, he is hands-on for every important step of the way, and his passion for the process really shows.

We asked Jerry if his experience as a musician has helped him on his journey into the wine business and his answer was a definitive, "yes!"  He feels that there is a solid connection between wine and music, specifically the "living with uncertainty and speculation" as well as both music and wine having elements of no control. "In either case, you just have to make something really good and hope that someone is going to care about it."

We were curious if any of his fellow band mates had any hand in and/or interest in his venture, and found out that while some of them enjoy drinking wine, they do not share the same degree of passion that Jerry does. There are a couple of tie-ins to Devo though- for one thing, Jerry utilizes the Devo fan club mailing list as a vehicle to get word out about his wine. Then there is the other thing that we think is just SO cool- Jerry's use of the Devo "energy dome"...SPIT BUCKETS!!

As previously noted, The 50 by 50 Napa tasting room is still under construction, but plan on seeing

no Tuesday night rule!  And as far as how long he likes to cellar his wine, he feels that "90% of the wine in the world shouldn't be cellared."

Once last thing that we were curious to know was if Jerry had any plans to do any other varietals? We were happy to FIND OUT (a play on words that only the hardcore Devo fans will appreciate/understand) that a Cabernet Sauvignon, Cabernet Franc, Merlot, and a balanced Bordeaux style blend, are all on the horizon. We can't wait to try them all! 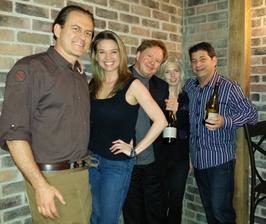 these there soon, in full effect! 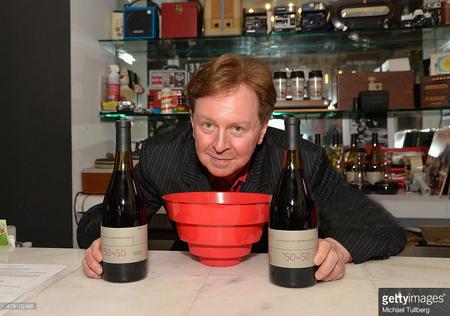 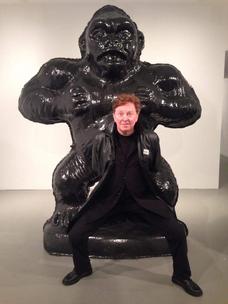 Okay so now that we have your imaginative juices flowing, let's take it one step further and say that a guy in one of your favorite bands as a youth is now also making wine and has his own wine company! Well for me, I didn't have to imagine this at all- it is reality.

Gerald Casale is a musician as well as one of the founding members of the iconic band Devo...

and now he is also a vintner! Gerald, or "Jerry" as he asked us to call him, is the proprietor of

The 50 by 50, a wine company that he launched a little over two years ago with their inaugural releases being a 2012 Pinot Noir and a 2013 Rosé of Pinot Noir, both from the Sonoma Coast. They are currently on their third vintage of each (2014 Pinot and 2015 Rosé), and the brand is off to a great start!

The meaning behind the name, "The 50 by 50," is twofold; it refers to a never built 60+ year old architectural masterpiece by 20th Century Modernist architect, Ludwig Mies Van Der Rohe, which is known as "the 50 by 50," and is currently being constructed into the brand's tasting room. It is also a reference to the Pinot Noir fruit blend being divided 50/50 between the Pommard Pinot Noir and Dijon 667 clones.

Jerry told us that his strong passion for wine, dates way back to his early days in Devo, when, upon moving to LA (via Ohio) in the late 70's, he met several (now) renowned restaurateurs such as Wolfgang Puck, Michael McCarty, and Piero Selvaggio. They were up-and-coming guys changing the food scene and and trying new things, and they turned him on to the world of food and wine.

Jerry was kind enough to be a guest judge for the second round of our Bottle vs. Bottle, which we figured was a great fit, since Jerry is a self-proclaimed "Pinot Noir junkie!"

Of course Wine Problems had to ask Jerry two of our staple questions:

1.) What do you drink on a Tuesday night and 2.) How long do you like to cellar your wine for?

Well, Jerry responded that "life is too short for one bad wine," so it is safe to say that has