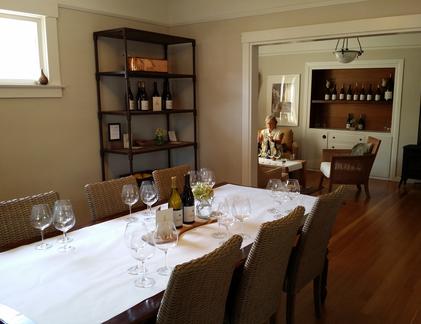 Mendecino and Carneros bring an acidity and crisp elegance to the wines. The use of neutral oak helps with keeping the flavors pure and clean, keeping the focus on the fruit.

Kenneth is the son of a Hungarian refugee, who worked his way through school at wine shops and restaurants. His true love of wine came about after a global back packing trip brought him to Burgundy, where he claims his life forever changed. He started making wines up in Oregon, then spent some years in New Zealand, and now calls Sonoma his home. His wife Laura grew up in a farm in Wisconsin, so the winemaking life seemed a natural progression, after meeting Kenneth and not finding the corporate world fulfilling. They sound like a pretty good match! A small side note- Kenneth also consults a number of wineries, including one of the Lompoc wineries that we

After we did our two Chardonnay editions of Bottle vs. Bottle (rounds #3 & #4), and Auteur had beaten both of our horses, Adelaida HMR and Cakebread, we decided to put Auteur on our short list of places to visit when we were in Sonoma. I mean, both Adelaida and Cakebread are strong contenders, and despite two close battles, Auteur prevailed. Thus, Wine Problems wanted and needed to know more about this boutique winery! So Michael reached out and spoke with who would be our wine host, Bobbi, and we were all set for a private tasting.

The tasting took place near the Sonoma Plaza, which threw us off, since this was a residential area. We were a few minutes late, as we were slightly confused on the location- we weren’t expecting a house! A charming 1915 California Bungalow, to be exact.  We finally figured it out, and Bobbi brightly greeted us at the door and escorted us into the cozy living room. 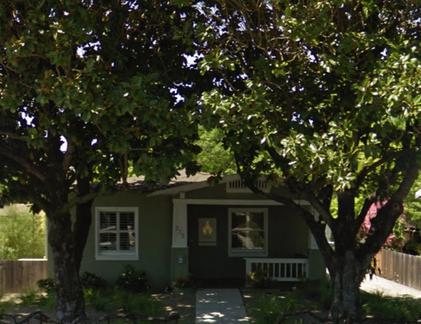 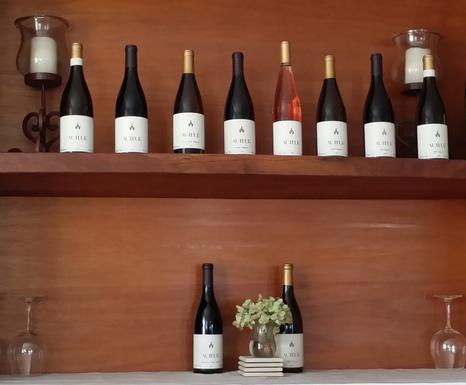 We tried a lot of wine.  A lot. So many that we may have even lost track of a bottle or two! We started with their Sonoma Chardonnay, aka the “Bottle vs. Bottle 2x victor.” We went through four different Chardonnays, four Pinot Noirs, and one Rose in total. She poured all of the Chardonnays at once, each one coming from a different vineyard. I love wine hosts who do this, you can take your time going from wine to wine and really

We sat down in the living room where we got the history of Auteur and the lovely couple behind it, Kenneth and Laura Juhasz. Bobbi couldn’t speak more highly of the couple and her appreciation of their wines. Bobbi, in fact, hates Chardonnays. Hates them. However, she loves Auteur's, and I can see why- it’s not the oaky buttery Chardonnays that created the Chardonnay backlash of the ABC Club (Anything But Chardonnay). The cool climates and coastal fog where the grapes are grown along the end of

figuring them out. The distinction in nose and palate between the regions was fascinating! It reminded me of the Kistler tasting we had done the day prior. No surprise there, as they do have some shared vineyards and similar styles of wine making; which equates to spectacular Chardonnays and Pinots!!

We really enjoyed our time with Bobbi, but alas, it was time to go to our next winery. Until next

Oh, and if you plan to visit Sunday-Friday, it’s by appointment only. Walk-ins and 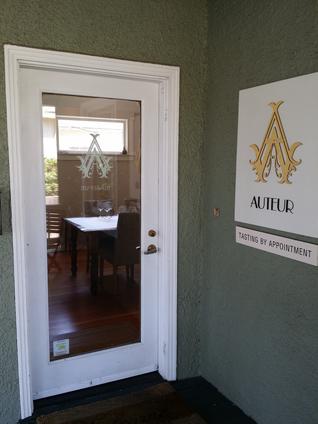 appointments are welcome on Saturday. 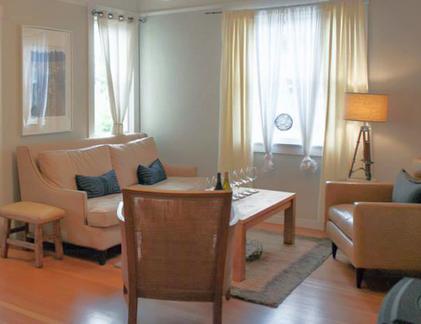