While we sipped on the Saxum, we glanced over the menu to figure out what food we were going to be pairing with the Syrah? We decided to predominantly go with a series of small, finger-food plates: avocado fries; braised short rib sliders; skinny fries; and crispy cauliflower. We also ordered the braised short rib & blue cheese polenta plate.

The hour finally passed and it was on to round two, which is only comprised of aroma and taste. The more prominent alcohol that was on the nose of "Wine A" had tapered off, and ended up swaying Michael to preferring it. Nicole and 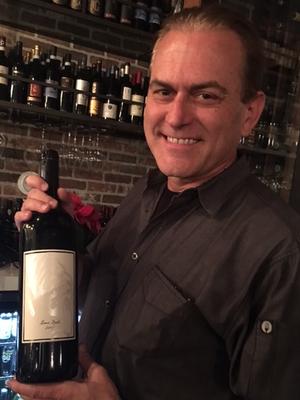 John had never had any of Nickel & Nickel's Syrahs before, which, I believe that over the years, they have produced from three different vineyards. This one in particular, comes from the Darien Vineyard, which is located in Sonoma’s Russian River Valley. Their first vintage of this was 2002, and they have been making it every year since. We asked John to pick a comparable

As always, both wines were opened and poured immediately into identical decanters. We then attach closed name cards to each decanter, so that when the challenge is over we can identify which is which. The decanters are then blindly shuffled around and subsequently labeled, "A" & "B". We start with immediate pours from our contenders, and each judge first secretly decides which color they prefer- "A" or "B"? Both wines were somewhat similar in color, although "Wine A" appeared just a tad richer in appearance, and as it turned out, all three judges unanimously voted for it.

Next was the aroma category, and while both contenders had 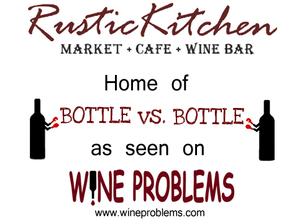 contender- another 2012 Syrah in the $65 price range. John's choice was a 2012 from Denner, called The Dirt Worshipper. This wine is sourced from various, cooler, Central California vineyards- 55% is Denner Estate Syrah, and 40% of it is from coastal vineyards near Cambria. If you do the math, that only comes out to 95% Syrah; the other 5% is comprised of Viognier and Roussanne, which were co-fermented to reportedly add some floral notes. We KNEW this would be a tough contender, as Nicole and I have actually had (and as a result, purchased) this fantastic Syrah before, albeit it was the 2013 vintage.

We were pretty jazzed that we still had a second bottle in the cellar, and decided right there that when the time came for a Syrah edition of Bottle vs. Bottle, this would be one of the contenders. Flash forward another eight months to the end of 2017, and here we are- Bottle vs. Bottle 7!

As usual, we reached out to our regular guest judge, John Fanaris, owner of our usual BvB venue Rustic Kitchen. John is a Sommelier as well, and recently advanced from a Level 1 to a Level 2! 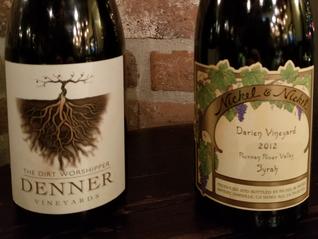 John, however, stuck with "Wine B." But as far as taste was concerned, Michael and John remained with their round 1, "B" choices, while it was Nicole who swayed to the "A" side. Now if you've been regularly following BvBs, you've probably become accustomed to the constant flip-flopping. It really is fascinating how wines change over short periods of time!

our Japanese BBQ dinner.... and it did NOT disappoint! 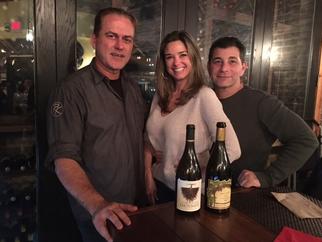 As usual, Wine Problems would like to thank John & Noelle Fanaris, and the always great staff at Rustic Kitchen. Go check out this market, café, and wine bar- the food is awesome, and they have great wine!

A couple of years ago, when we visited Nickel & Nickel, we were so impressed with all of the wines that we tasted, that we blindly purchased a couple of bottles of their '12 Syrah (they were almost sold out, so they were no longer pouring it). We anxiously awaited giving it a try, but wanted to give it a little time in the bottle. So after close to 18 months of cellaring, we decided to bring a bottle with us to pair with

The pairing round, just like the others, was a tough one. All three judges went back-and-forth, trying to make a decision. What made this round (or the entire competition, for that matter) difficult was that both wines were SO good! You'd think you definitively decided, but then you'd go back for one more taste of the other, and you'd be on the fence all over again! Michael finally made his decision and went with "Wine A." Unbeknownst to her, the winner would now be decided by whichever wine Nicole chose. Who would it be?!...........................

So where does that leave us going into round 3?  Michael and Nicole both have the contenders tied, while John has already given "Wine B" enough points that round 3 wouldn't even alter his winner. That said, if either Michael or Nicole were to choose "B" in the third and final round, it would be the winner. Or to put it another way, both Michael and Nicole would need to pick "A" in order for it to win. Keep in mind that the judges do not reveal their sheets to one another until after the judging is completely over. And so the food came and it was time for the pairing round.

great noses, all three judges preferred "Wine B." It should be noted that at this stage, "Wine A" had a bit more alcohol on the nose, but we did not look at the alcohol percentages until after the competition was over, as that may have tipped us off! Now it was time for the tasting stage of this round. Would all three judges once again choose unanimously? Nope! It was as panel divided, with Michael going with "Wine A," and the others going with "Wine B."

Time for the one hour decant. What do us judges do to kill an hour, you may ask? Drink more wine, of course! John happened to have some 2007 Saxum- Bone Rock left over from the magnum that he opened the night before. This was something new for us, as we have never heard of any

Saxum being left over! LOL  Needless to say, it was delicious!

DENNER! Yup- after a bit of an internal struggle, Nicole chose "Wine B" in the pairing round, meaning "B" wins the competition 2-1!  Now that the winner was revealed, we took a look at the alcohol percentage and saw that the Nickel & Nickel is indeed a bit higher (14.7% vs 14.1%).

As we said earlier, had we have known that beforehand, it may have tipped us off. That's not a definite though as some winemakers are better than others at hiding the alcohol! The aroma category was dominated by the Denner, so perhaps that 3% of Viognier and 2% of Roussanne, really did its job! 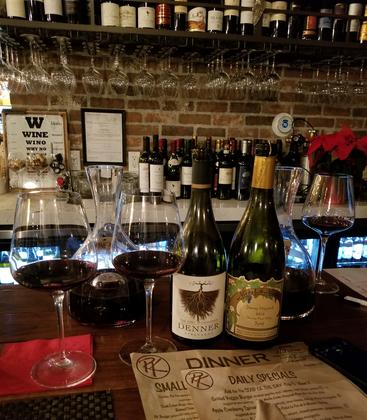 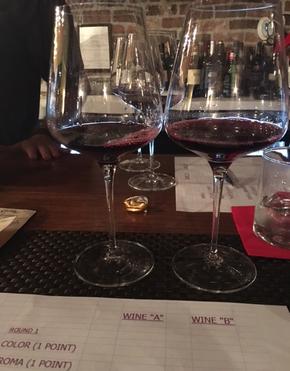 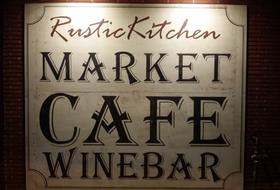