good to pass up, so we ordered those, as well.

that we had heard about that prompted us to go there, but when we went there for our first tasting, some of their reds really impressed us. One of them was their 2013 Damas Noir, which is 100% Mourvèdre and 200% delicious!

So when it came time to select a different varietal for our next Bottle vs. Bottle, and we had decided on Mourvèdre, this bottle was the first one that came to mind. Naturally, we contacted our regular guest judge and Level 2 Sommelier, John Fanaris. John is also the owner of our usual BvB venue Rustic Kitchen. We asked John to come up with a challenger that was also a 2013 Mourvèdre in a comparable price range. He had a few bottles to choose from, but they weren't 100% Mourvèdre, and for this challenge that was one variable that we wanted to be identical. John suggested his 2013 Epoch Creativity, which was slightly more expensive, but it was close enough. There was only one problem.... we LOVE Epoch and are very close with their winemaker, Jordan Fiorentini. We know how amazing her wines are, and her Creativity is no exception! 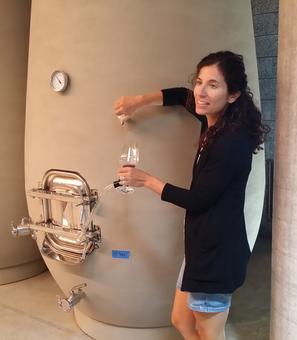 So, here we are with Bottle vs. Bottle 8- Paso vs. Paso edition! John had never had any of Villa Creek's wines before, so he didn't know what to expect? He was, however, very familiar with the vineyards that the grapes were sourced from, so he knew this would be a great matchup.

As usual, both bottles were temperature checked to make sure that they were identical, as well as the proper temperature. Which in this case, per our wine temp serving chart, is a cool 61°F. We popped and poured the wines and proceeded with round one. Clearly this competition all comes down to individual preference, and perhaps this becomes the most obvious when it comes to judging color of the wines. Mourvèdre is a dark, thick-skinned grape, and the color of our two contenders were quite similar to one another; you could pretty much flip a coin. John and Nicole 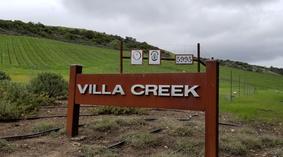 As the wine decanted for an hour, in preparation for round two, we looked over the menu to figure out our upcoming food pairings. Mourvèdre pairs very well with braised short ribs, so that was a no-brainer. John suggested to us that we should also try the veggie burger, since it was mushroom-based, and Mourvèdre also goes nicely with mushrooms and earthy vegetables. They also had a couple of special items (grilled corn queso fresco; and a Ziti Alfredo) that sounded too

Next it was time to judge the aroma, and both wines were very pleasant on the nose. This was another tough decision, that could have easily gone either way, but ultimately both Nicole and Michael opted for "A," while John selected "B." Things continued to get even more difficult as we moved on to tasting the wine- both were fantastic and very pleasing on the palate. After some waffling back-and-forth, it ended up being a unanimous vote for "Wine B."

Even though BvB is done blindly, and none of us know which is which during the course of the competition, we certainly didn't want to appear biased should Epoch win. Nor did we want to break the bad news to Jordan, should Epoch end up losing. But the fact that both wines were completely sourced from some amazing Paso vineyards, was very intriguing to us. In fact, Villa Creek sourced its grapes from not one, but three very highly acclaimed vineyards: Denner; James Berry (of Saxum notoriety); and Luna Matta. Epoch sourced their Mourvèdre from their own, infamous, Paderewski Vineyard.

As always, Wine Problems would like to thank John & Noelle Fanaris, and the fantastic staff at Rustic Kitchen. Please go check out this market, café, and wine bar- the food is great, and they have an awesome wine selection!

Rustic Kitchen is located at:

Once the hour decant was up (which always seems like an eternity), John poured us a second glass of each wine, and we all pondered over which of the two wines had a better nose? Although the aroma had changed a little, all three judges stuck with their exact same choice from the first round. The scenario wasn't any different when it came to the taste- both wines had changed a bit over the hour, and it was still really difficult to make a decision. After a lot of hesitation, all of the judges ended up staying with their original taste choice from round one, "Wine B." Now it was time to proceed to round three- the food pairing round!

Things got a bit interesting once we started pairing the Mourvèdre with food. Both wines paired great with the braised short rib, but it was really "Wine A" that was the perfect pairing with this dish! Phenomenal! It could easily have gone either way with the veggie burger, but it was probably "Wine B" that complimented it best. And as far as the "carb dishes" were concerned, both wines were an equally good accompaniment. Since this round is good for two points, and we all seemed to be on the same page, we agreed that the points should be split between the two wines.

And with that, it was time to tally up the points to see which Mourvèdre would reign supreme?

Well, if one were to just look at the numbers, one could be very easily deceived, as the results appeared to be very lopsided. This was despite the fact that in nearly every round our picks were neck and neck and could have gone either way. Based on the numbers alone though, this was by far the most decisive Bottle vs. Bottle that we ever had! There was one clear winner that all three judges picked, and that winner was.................

EPOCH! Yes, as indicated by the final score (21-9), Epoch was the hands down favorite of all three judges. But we'll tell you this- we all agreed that the Villa Creek could probably have used a little more cellar time, and will probably be even more fantastic in another year or two. The Epoch was currently just a little more "ready to drink." Who knows, maybe we'll have to do a rematch in another couple of years?! As we always like to say, the real winner was US, since we got to drink two fantastic wines! And here's a little tip: the 2013 Creativity might be a little hard to find, but we just spotted the 2013 Damas Noir on sale at K&L Wines for only $36.99, which is a steal (and in 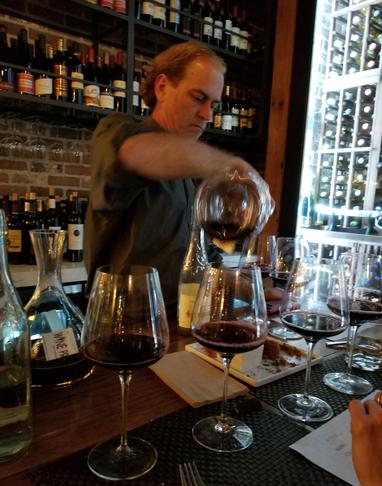 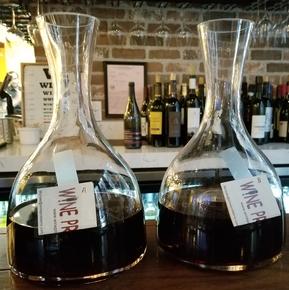 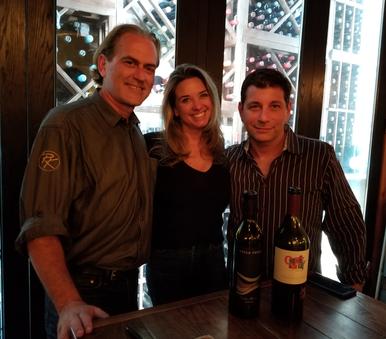 We absolutely love Paso Robles! The only problem with going there is that there are just so many GREAT wineries to visit, and only so many hours in a day! We usually try to visit a few new ones every time we go, and not too long ago we discovered, Villa Creek. Initially it was some of their whites

both went with "Wine A," while Michael chose "Wine B."